Camping in the Catskills

During the late October of 2015, a group of friends and I hiked eight miles a day, for two days for a camping trip in the Catskills. 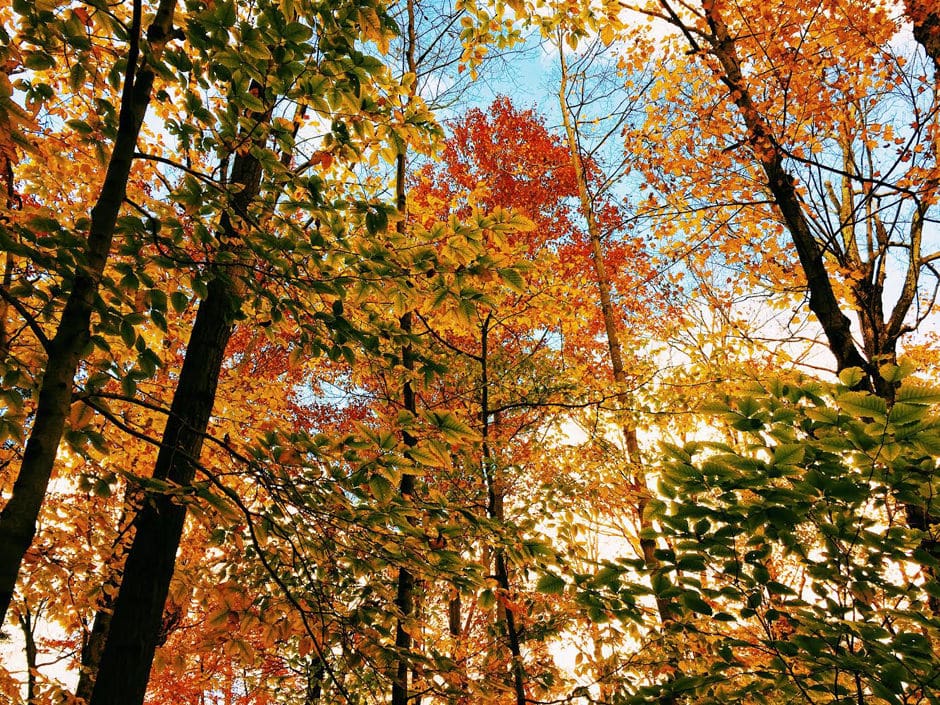 After brunch at the Phoenicia Diner (great food), we parked at Woodland Valley with the aim to finding a place to camp about halfway along the route. The trail is well marked and warnings of this being an ‘advanced hike’ were no exaggeration. We took a lot of breaks and there’s a fair bit of scrambling. The reward is worth it with several rocky outlooks that allow views across the beautiful Catskills. 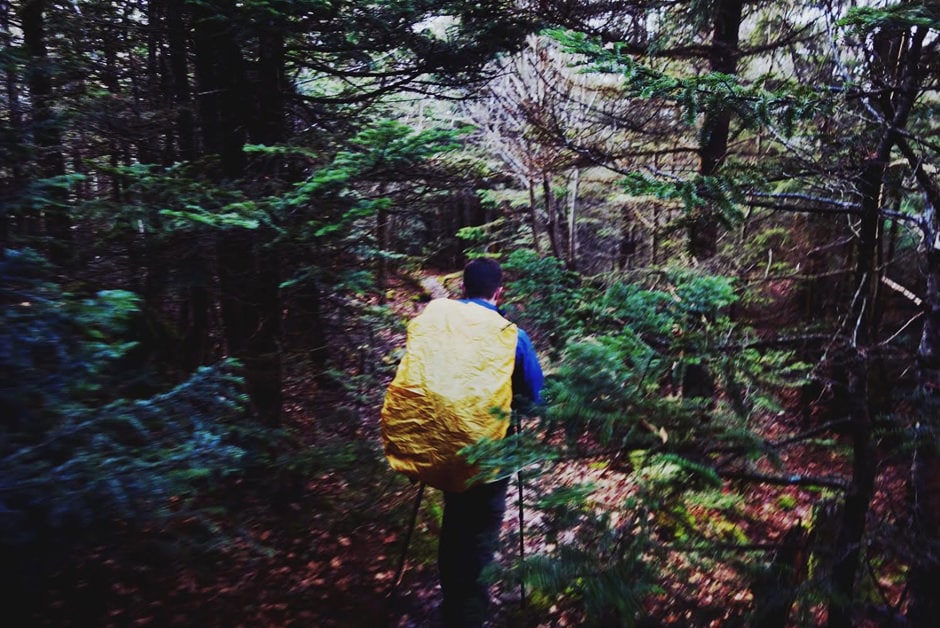 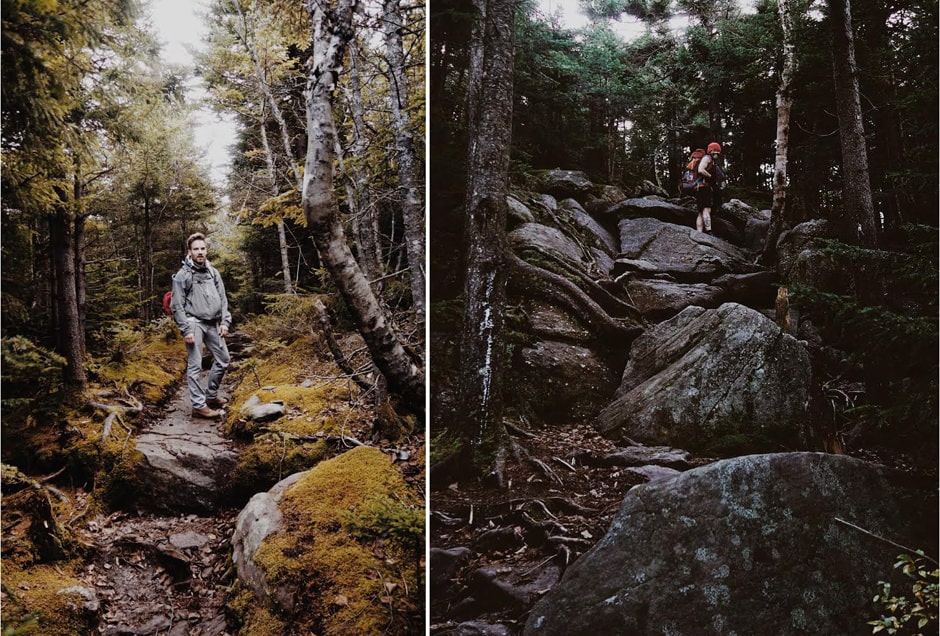 Just before nightfall, somewhere between Wittenberg Mountain and Cornell Mountain, we found the ‘campsite’ after removing rocks and hacking at roots. Our group managed to put up 4 tents. With the addition of other people camping in the same spot, and our two fires, together we sang songs, drank whisky and ate hot dogs–confident that no wildlife wanted to be within miles of that racket. With the packs of food, toothpaste and deodorant tied up high as possible, everyone forgot about the ‘sharks of the forest’ and our dreams were not filled with nightmares of bear attacks. 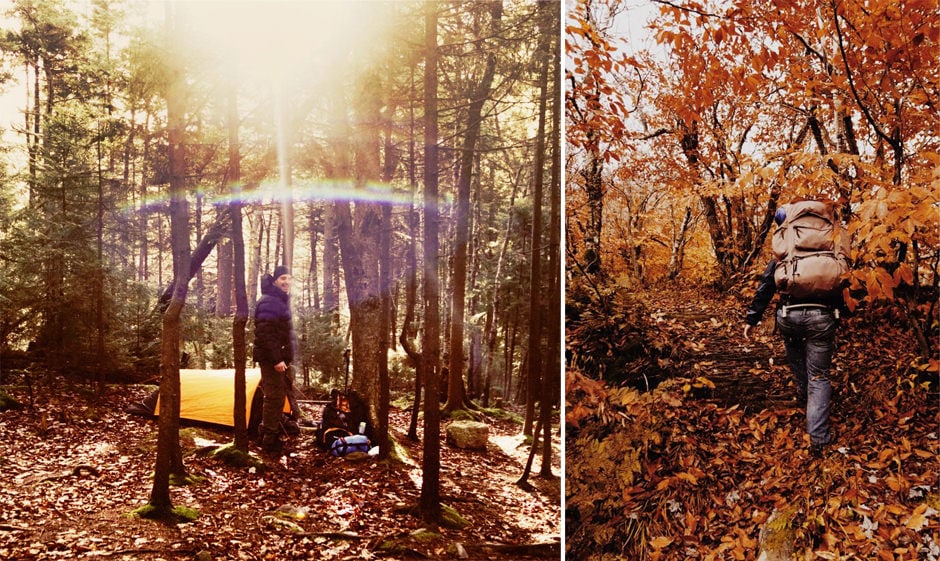 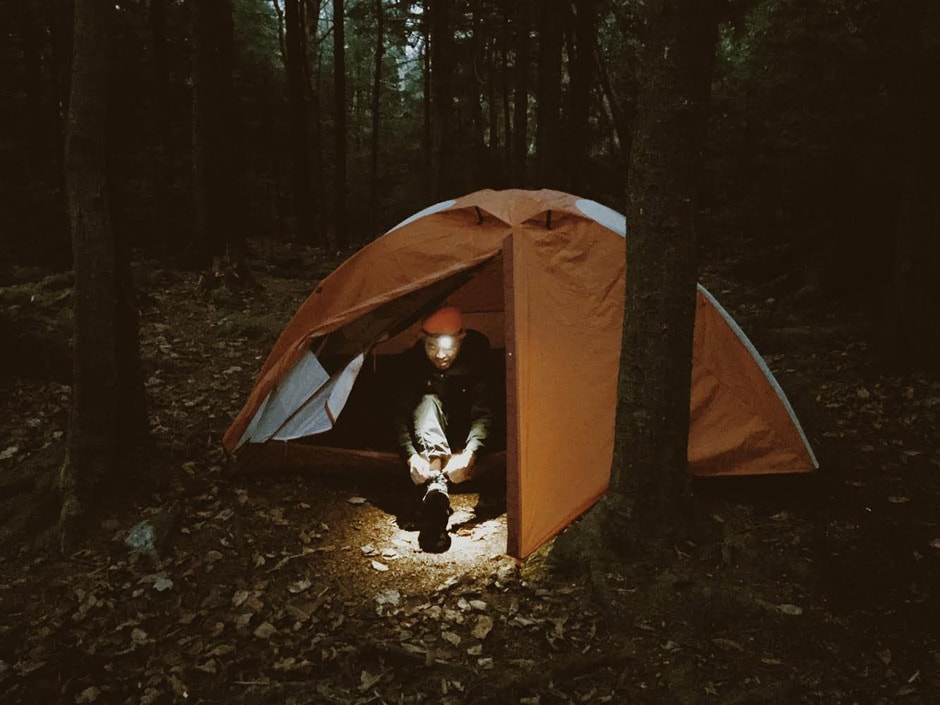 While the weather on day 1 had been mild, it turned positively frigid overnight and I spent the first few hours of the morning shivering in the falling (first of the season!) snow. Our breakfast was unimaginative (hot dogs again) and a fire was hurriedly lit to stave off the cold and brew some coffee. The snow, while initially greeted with disdain, became a charming embellishment to the beautiful fall colors we’d witnessed on day 1. Again the views were beautiful, but also different. The snow somehow made the struggle a more rewarding experience. The views were their own reward. 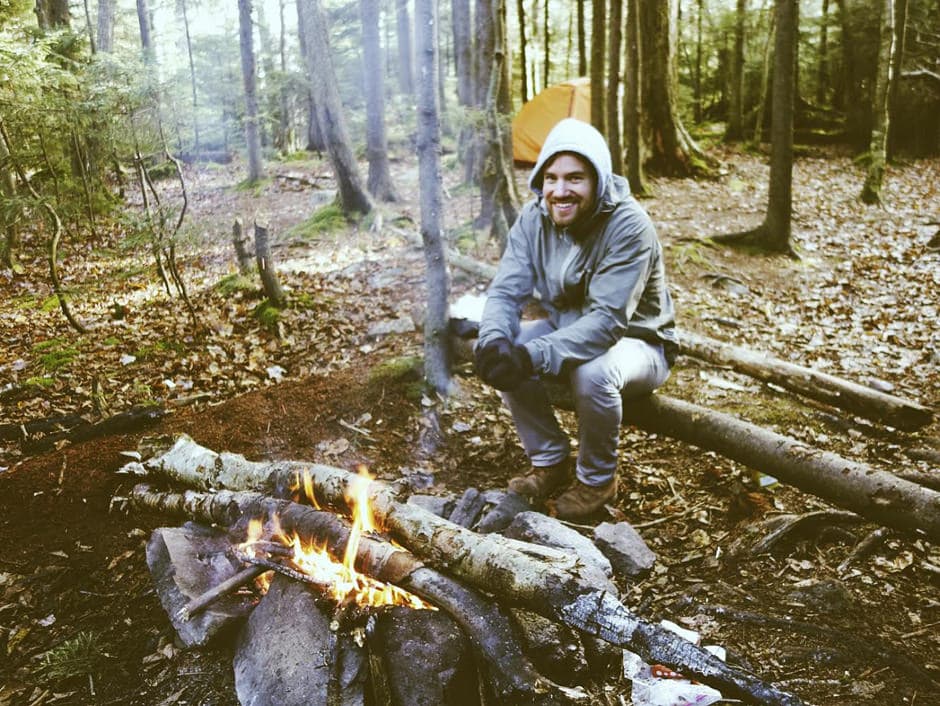 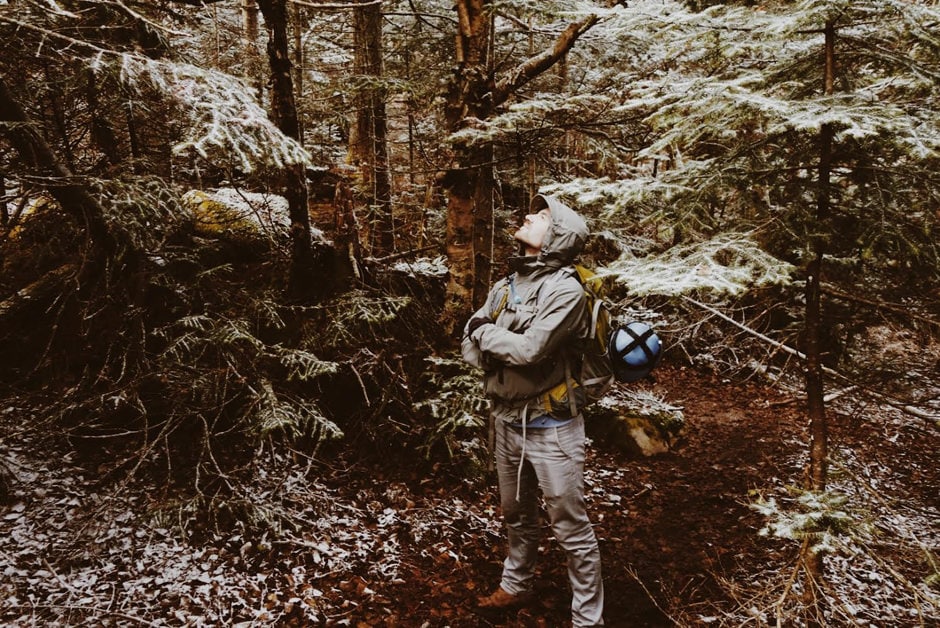 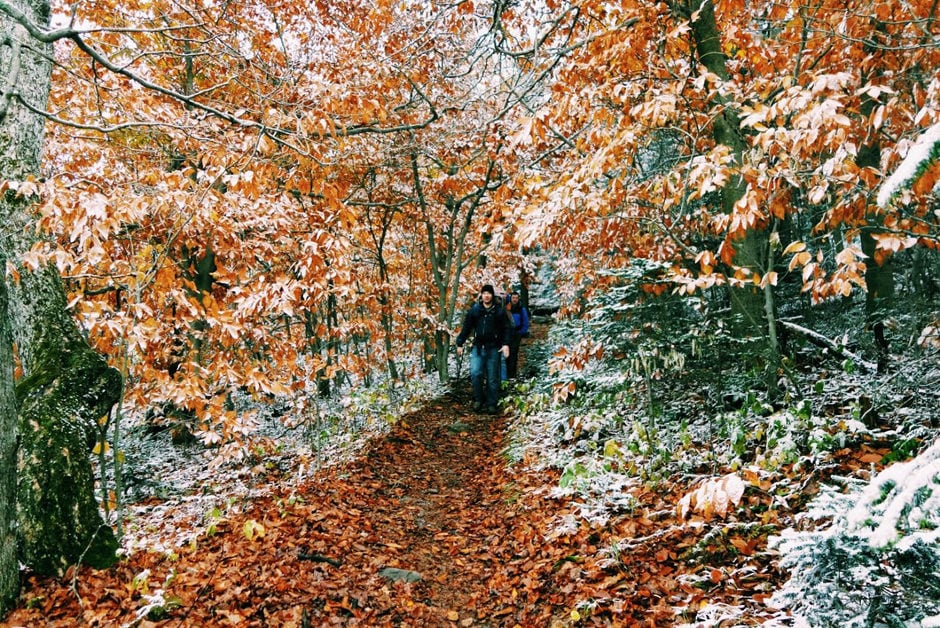 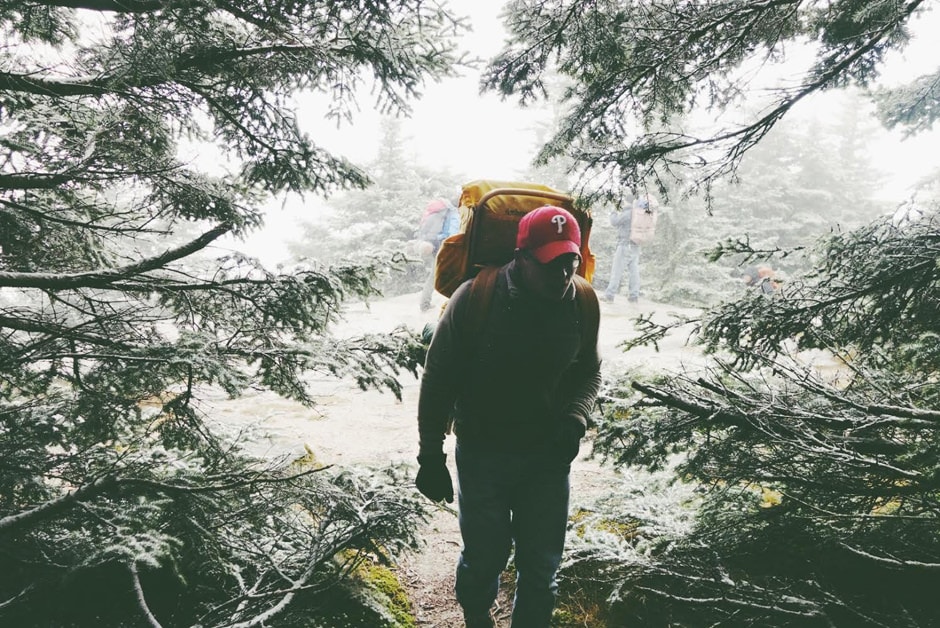 The top of Slide Mountain is a particular highlight, even in the cold. A slab of stone placed perfectly affords incredible views. The descent from Slide is slow and gradual, affording some time to look around and enjoy the forest. The trail ends at the bottom of Slide Mountain. Once we reached the bottom, we hitchhiked back to Phoenicia with a return to the Diner. Bellies full, sore, and happy–we made our way back to the city. 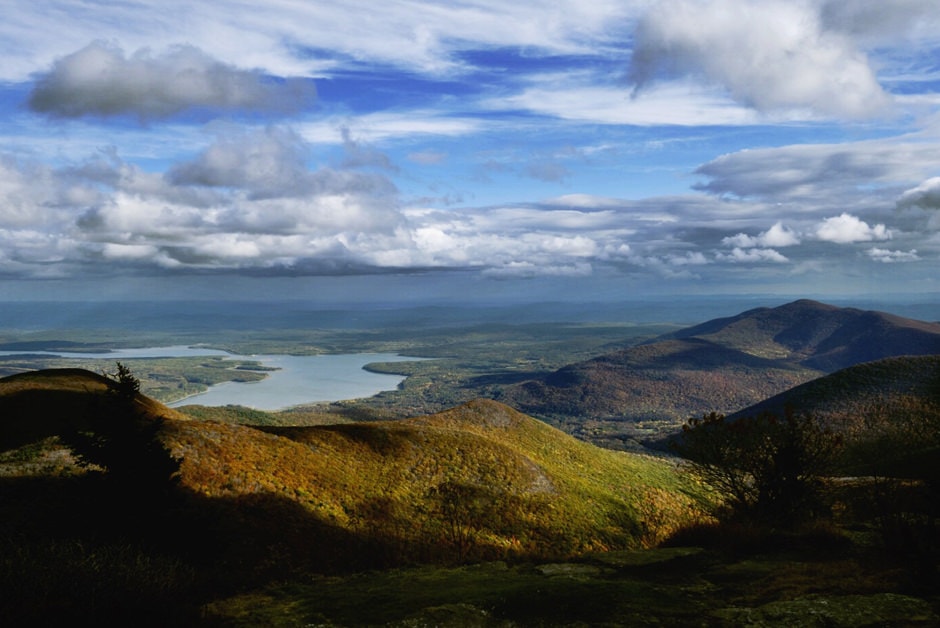 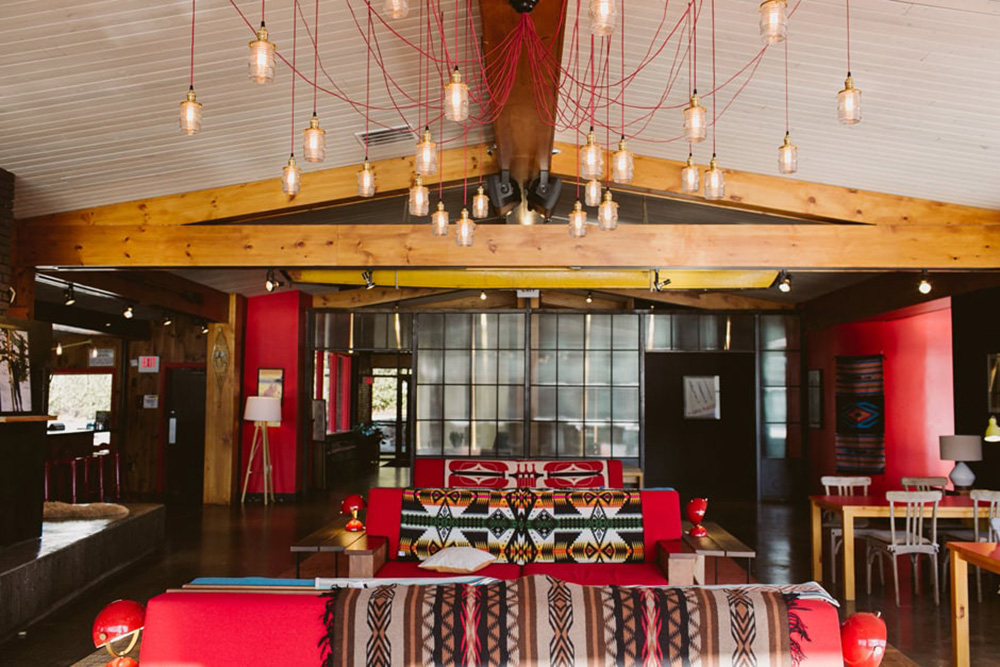