A Guide to Saratoga Springs, NY 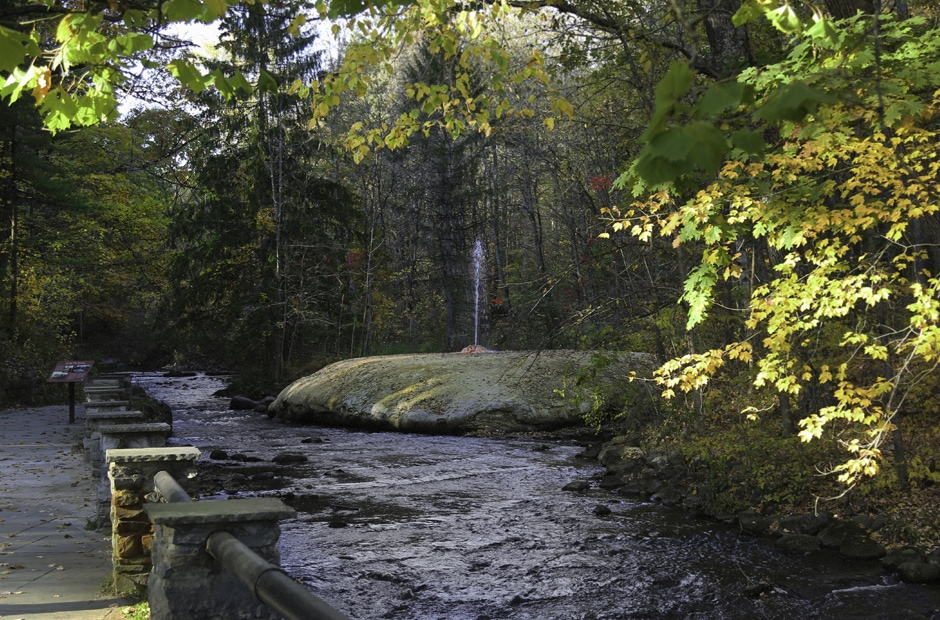 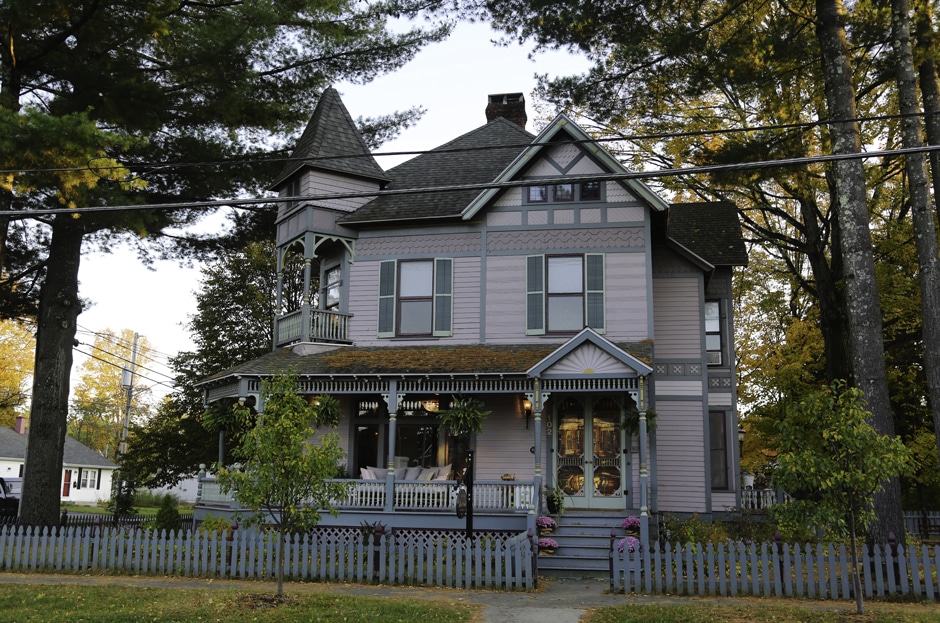 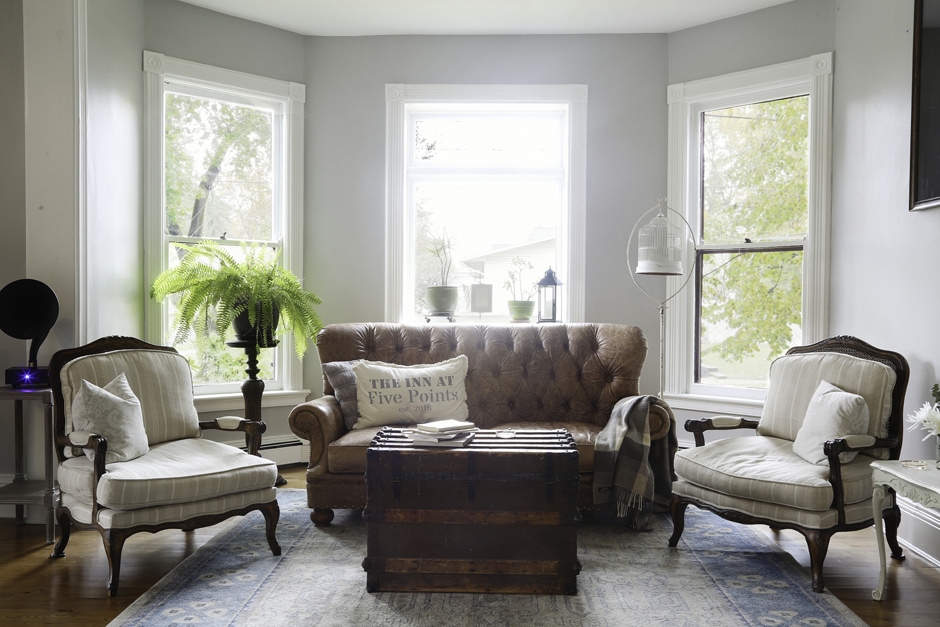 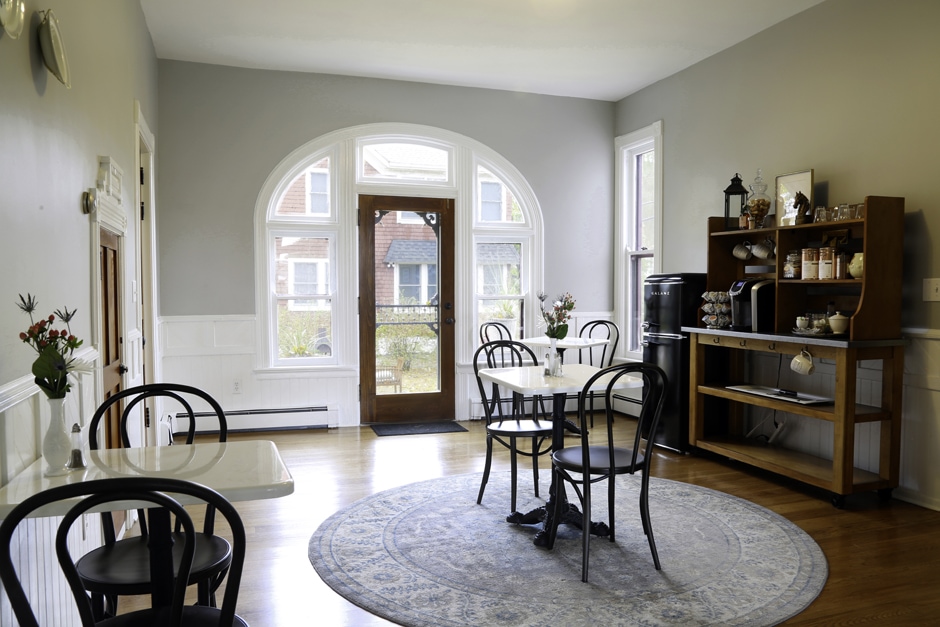 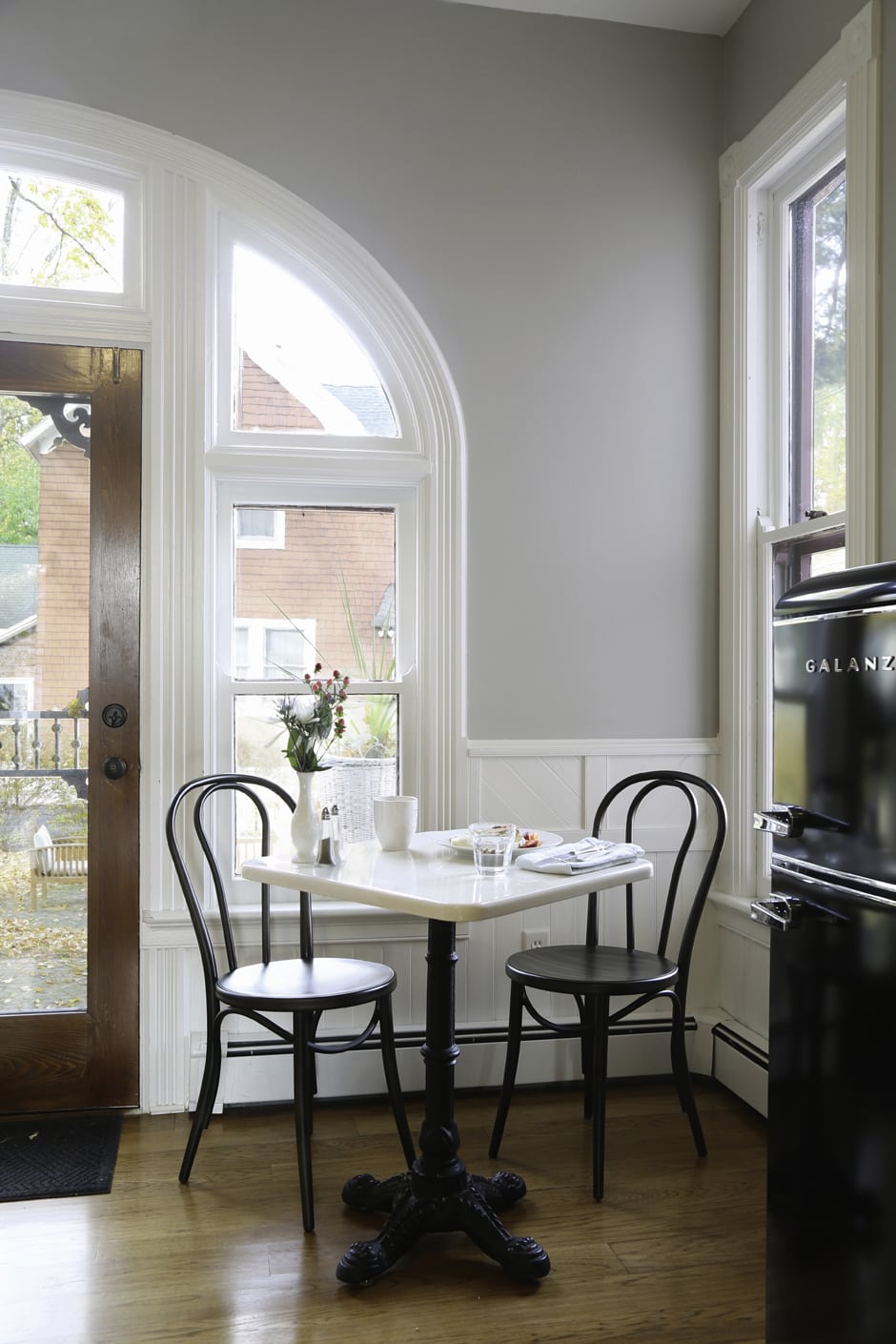 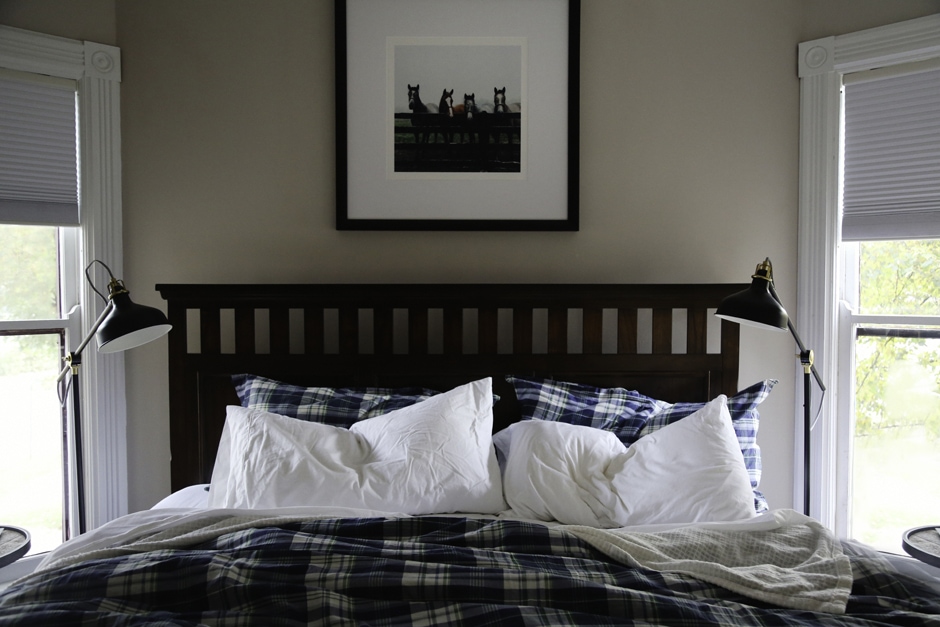 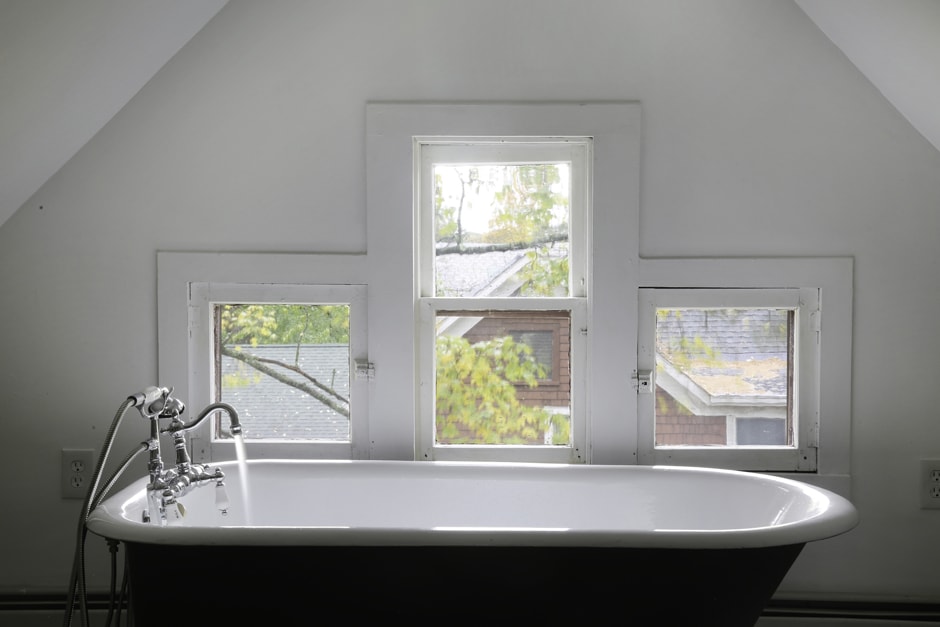 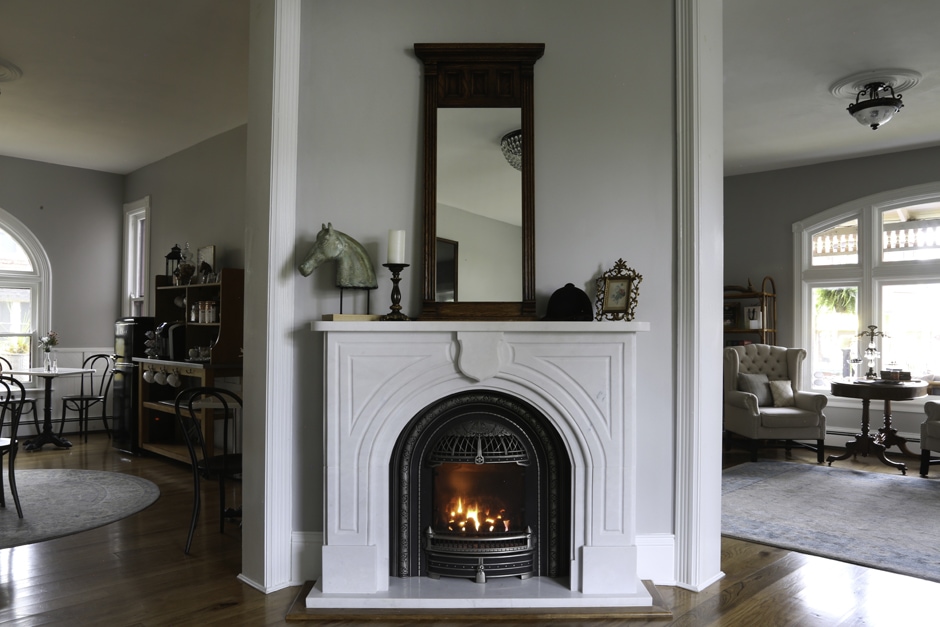 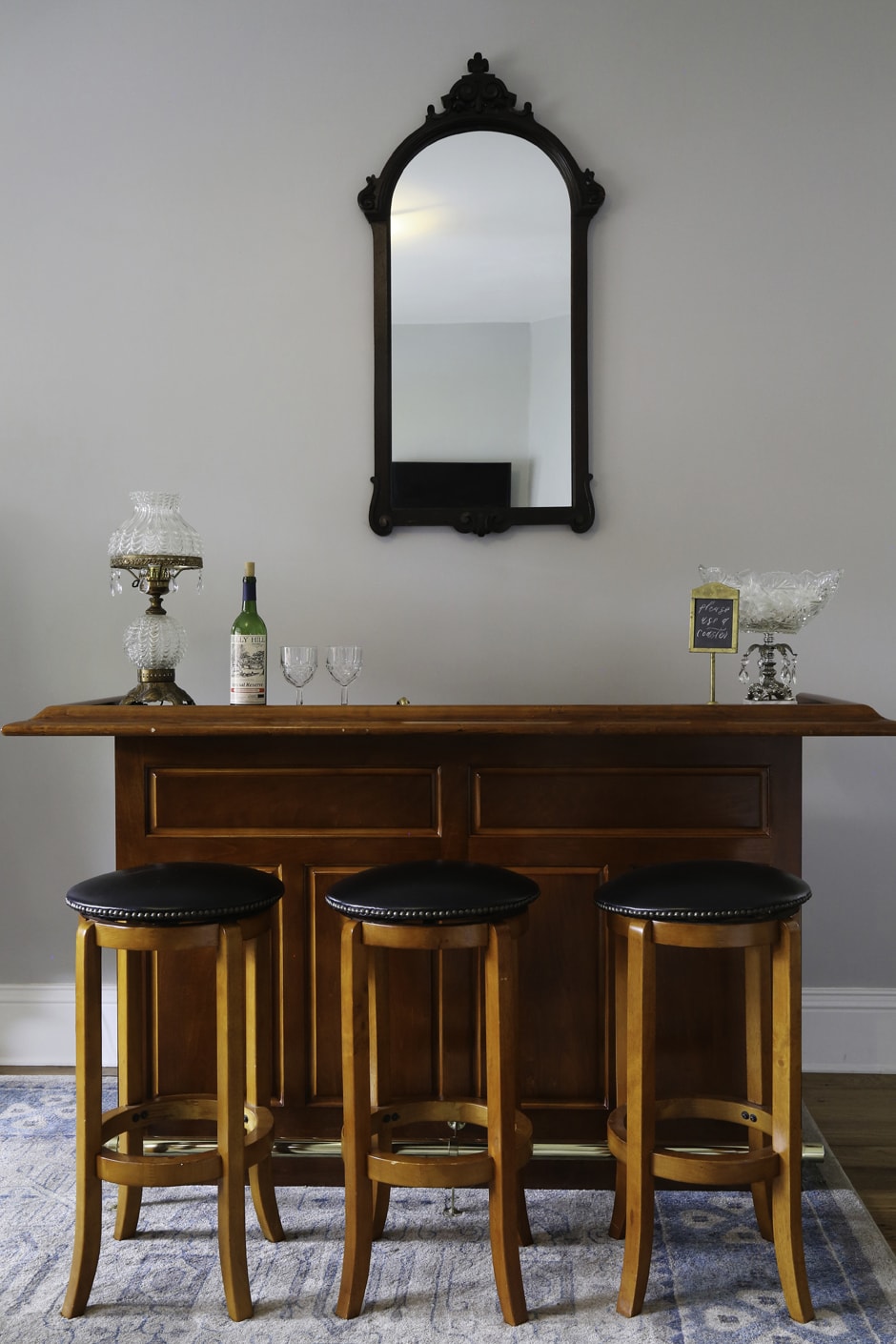 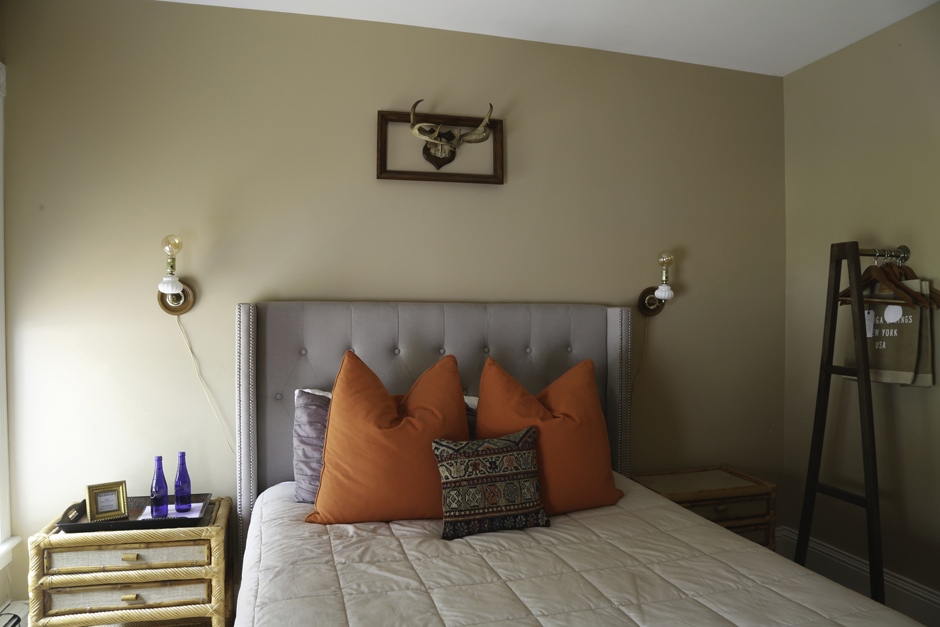 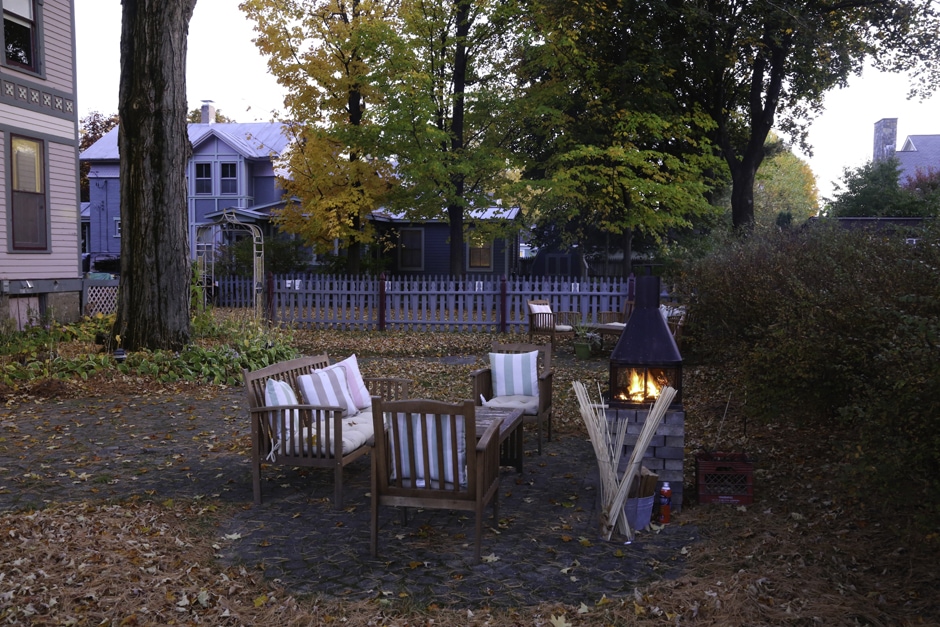 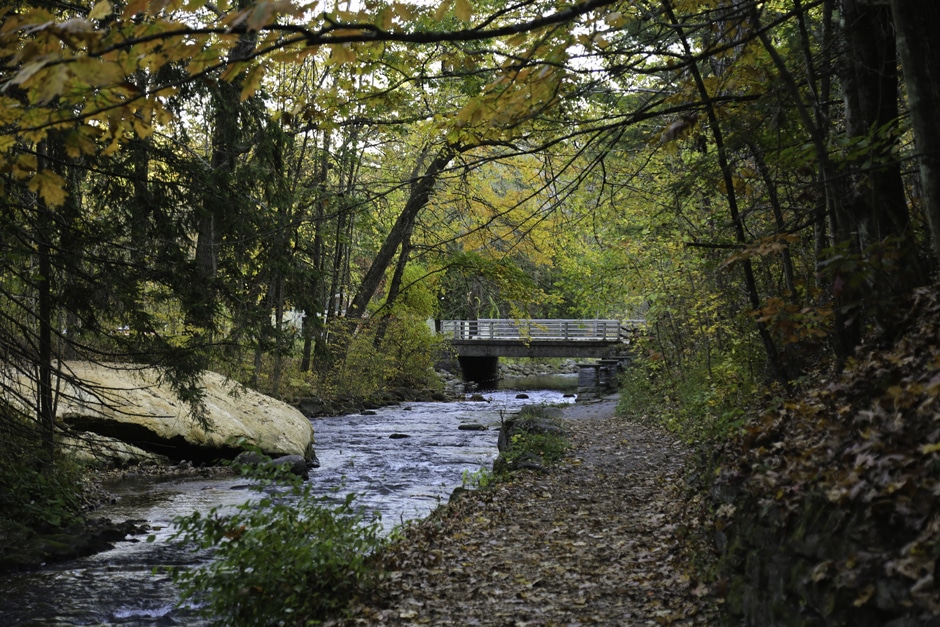 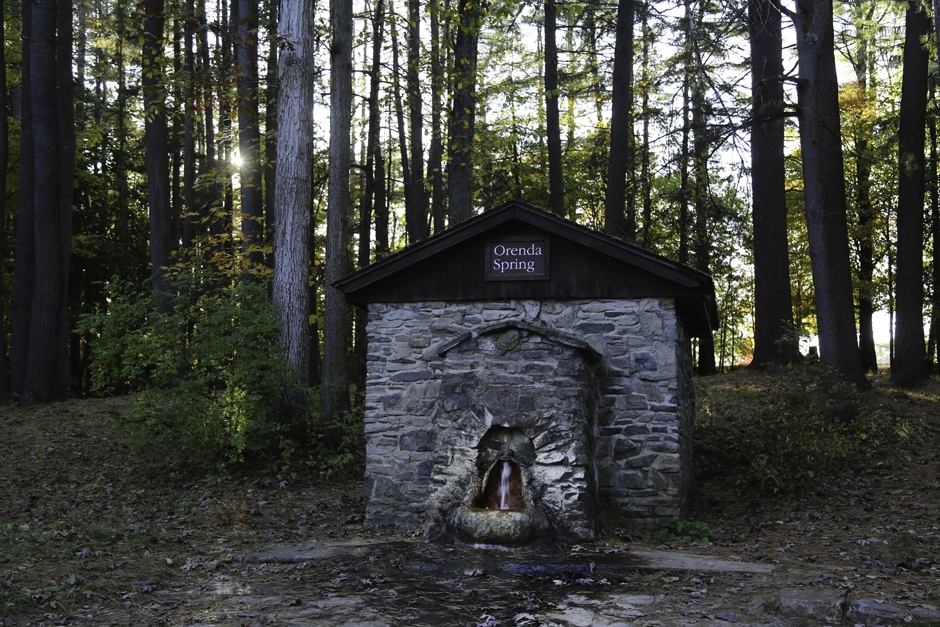 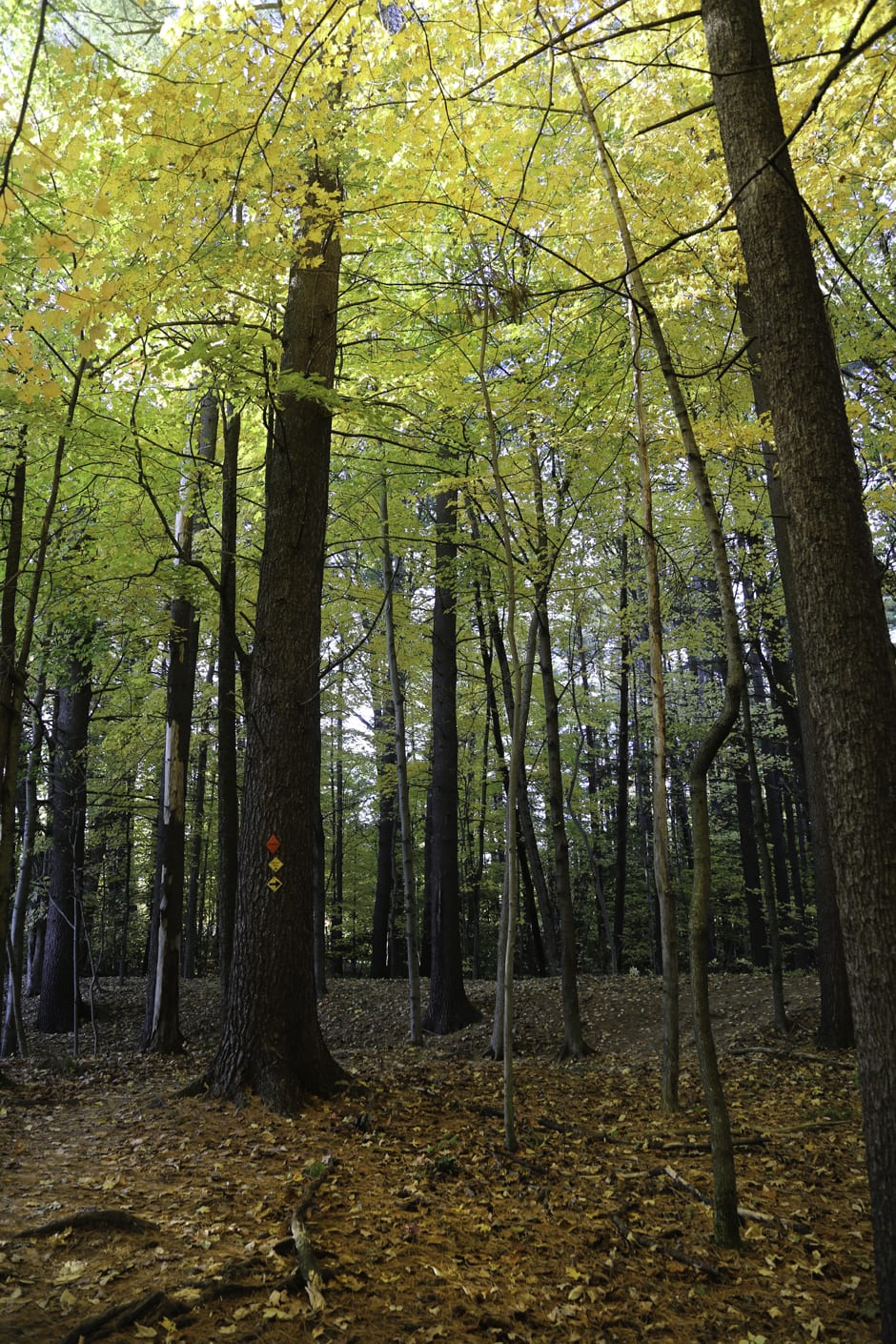 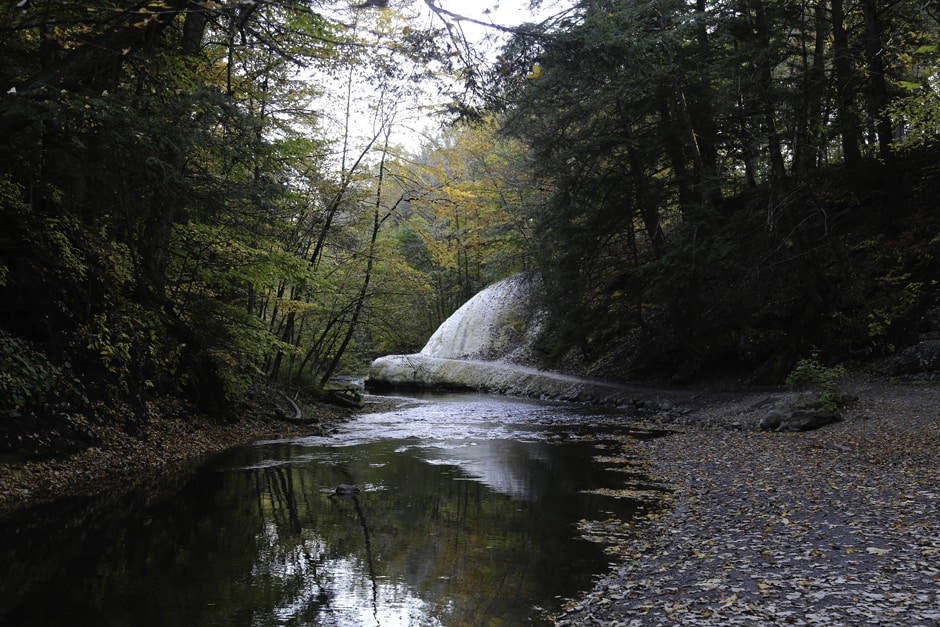 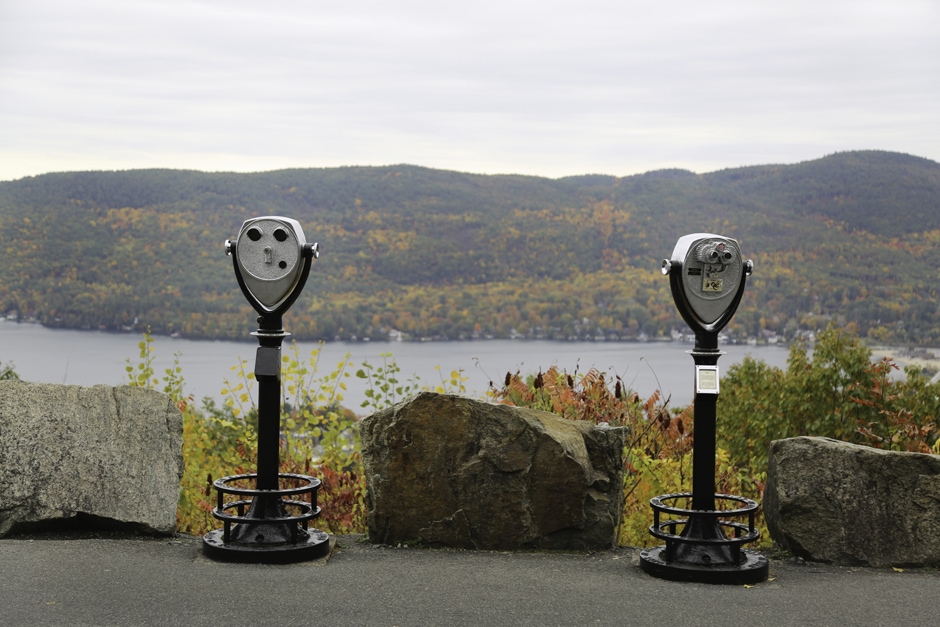 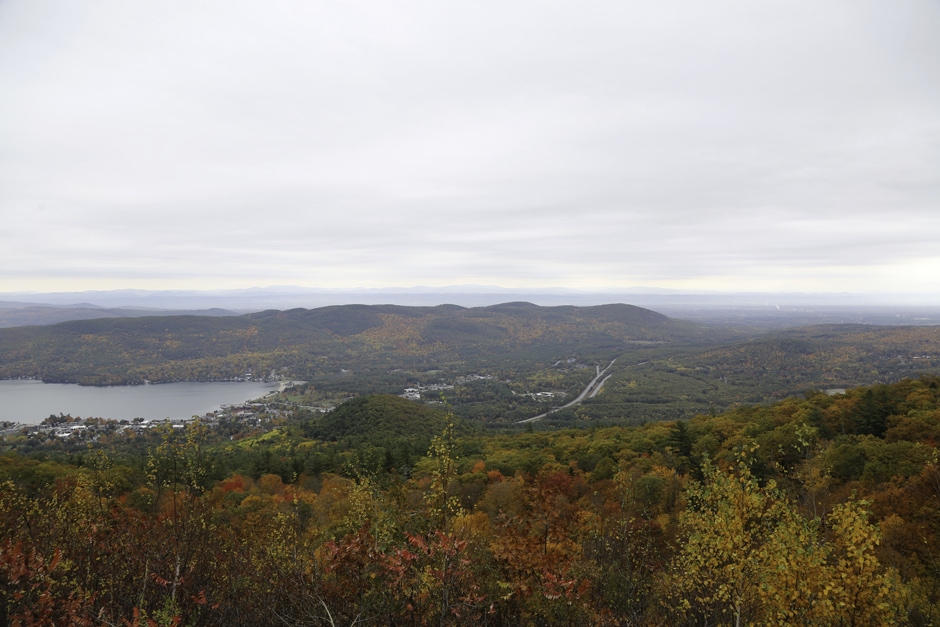 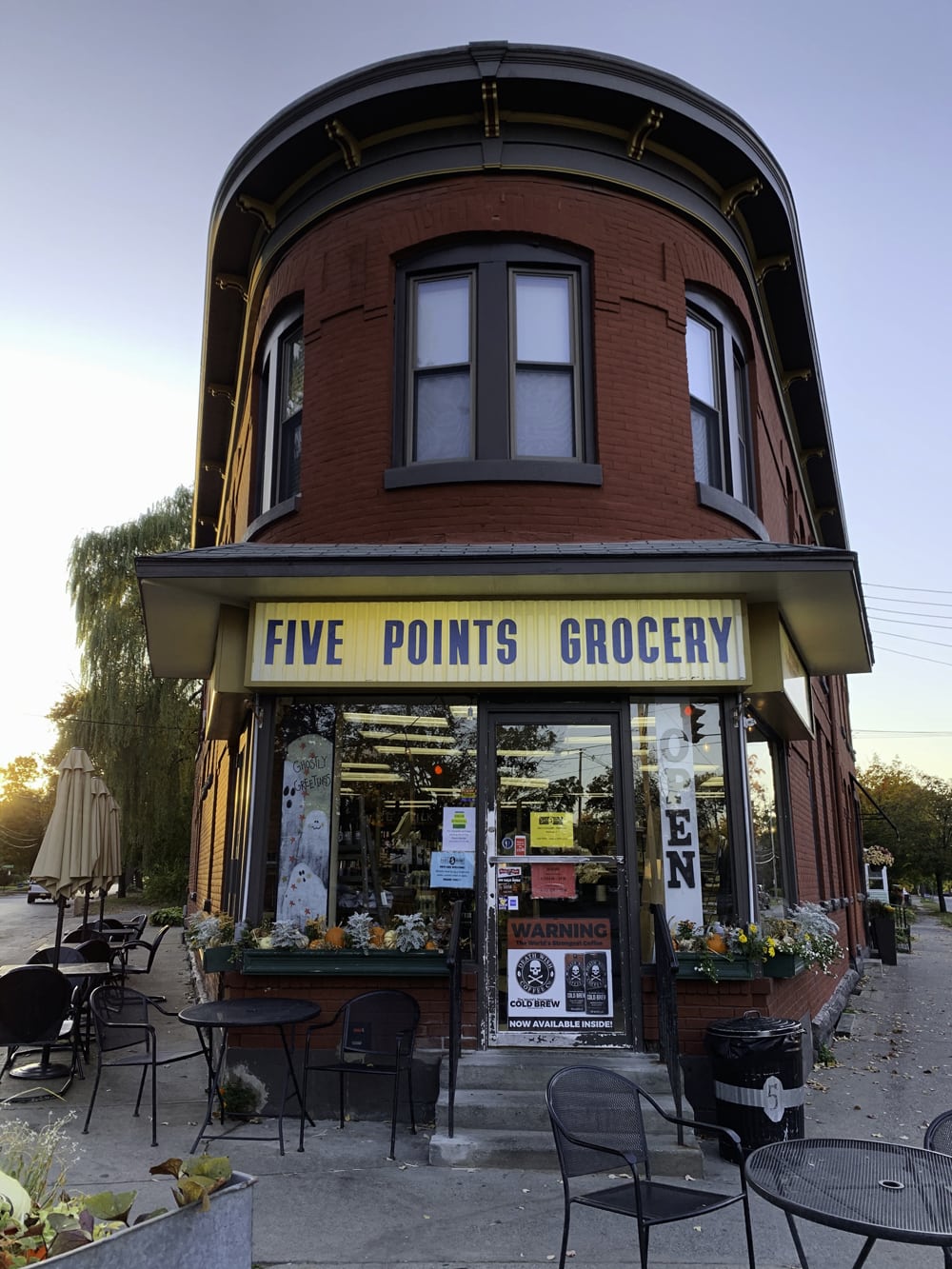 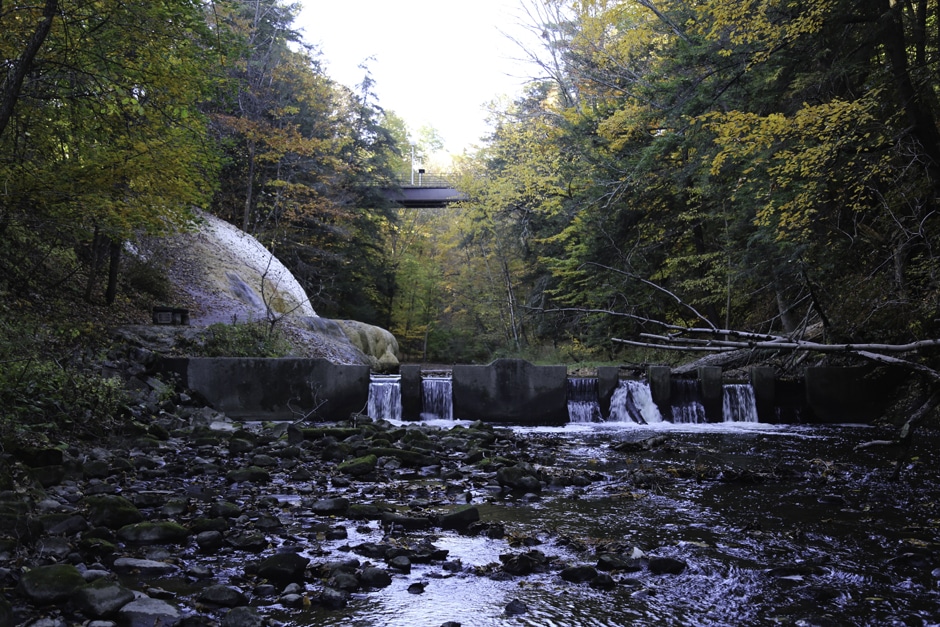 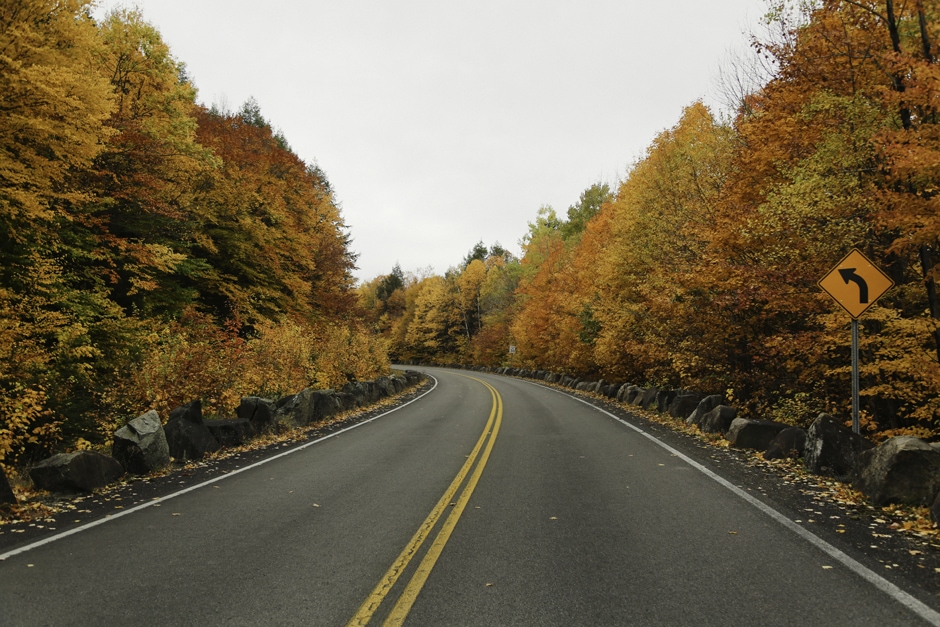 Located 3.5 hours from New York City, most people associate Saratoga Springs for its famous horse racing. But has far more to offer than its equestrian reputation! Situated just below the Adirondack Mountains, its namesake comes from the natural springs which can be found all over this historic city. The springs, believed to have healing powers, attracted wealthy visitors for decades before horse racing made its debut in Saratoga Springs in the 1860’s.

Between these two highbrow attractions, money has been poured into this city over quite some time – resulting in some really fantastic architecture and cultural attractions. It’s the perfect spot for health, history, or horse buffs. Read on for your perfect weekend guide to Saratoga Springs, NY!

Where to Stay: the Inn at Five Points 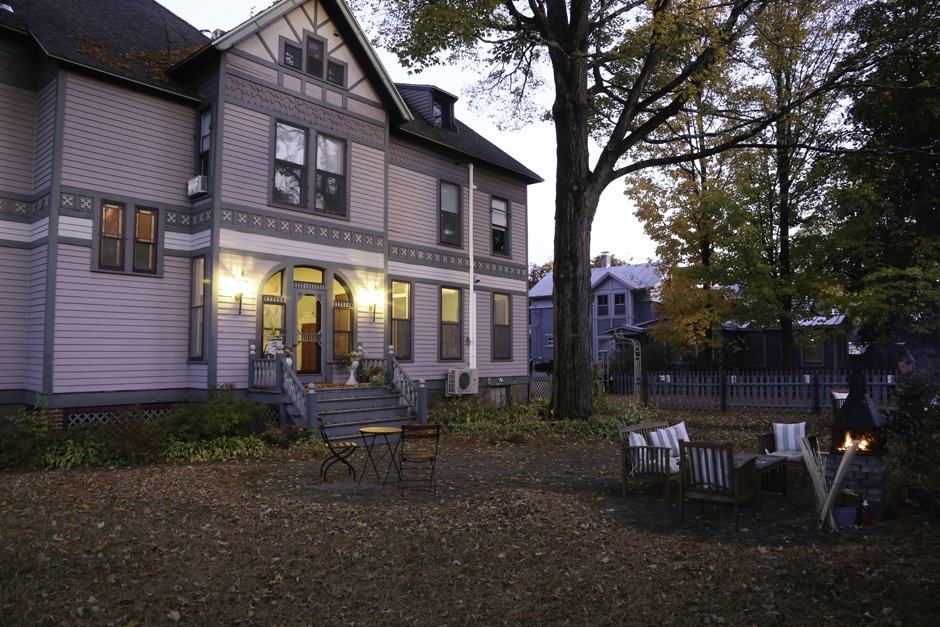 Grab your s’more kit and head to the fire pit at the Inn at Five Points.

The Inn at Five Points is a traditional and charming B&B nestled in the heart of Saratoga Springs – tucked into a quiet residential neighborhood, but just a 5 minute walk to many of the areas attractions like racetracks and downtown dining. Each of the nine bedrooms are dotted with Equestrian relics, an homage to the history of the region – coupled with a mix of modern and antique furnishings. All rooms have a modern ensuite; upstairs, the suite has a luxurious clawfoot tub overlooking the grounds, and walk-in shower. Other perks include check-in treats (i.e. s’more kits, cookies, etc.), Wi-Fi, luxurious linens and free breakfast.

Speaking of which, the breakfast is a bright spot at the Inn at Five Points. Upon check-in, guests are given a menu, then asked to pick their breakfast choice and preferred mealtime. In the morning, the meal is is prepared to-order and features locally grown, natural, organic produce and baked goods. The menu is always rotating, but expect the full range of healthy and responsible to ultra-decadent items like stuffed french toast.

What to Do in Saratoga Springs: Hiking & Hot Springs

A view over Lake George on the Veterans Highway at Prospect Mountain.

Long before horse racing began in Saratoga, the area’s natural mineral springs had been attracting visitors for decades, as they were believed to have healing powers. Today, springs can be found all over town, many of which are covered by small pavilions and marked by plaques; others, however, are less conspicuous, and nothing more than a spigot in a rock. The most iconic spring in Saratoga can be found in Saratoga Springs State Park – a sprouting geyser – and the only one east of the Mississippi River. It’s easily accessed on the Geyser Creek Trail, which if you continue on, becomes the Five Mile Trail that tours the park’s 12 natural mineral springs. Take a water bottle to sample the spring water! Other attractions on the trail include the Roosevelt Baths (more on that below), the Saratoga Performing Arts Center, and Victoria Pool.

Want to take a dip? The Roosevelt Baths & Spa are a popular way to experience hydrotherapy treatments with the natural mineral springs. The spa offers several treatment options, including massage, facials, and body scrubs – but guests also have the option to book a standalone mineral soak in a private room. Soaks are offered individually for 40 minutes, or before any treatment for 20 minutes. The historic bathhouse dates back to 1935, and use Saratoga’s naturally effervescent water, which is naturally buoyant. The water is captured cold from underground springs, then mixed with fresh warm water and aromatherapy oils of your choice.

Also extremely noteworthy of Saratoga Springs is its proximity to the Adirondacks. Popping up for a hike or day trip is super easy! A 45 minute drive will take you to the Hadley Mountain Trail, a three mile trail that leads to some incredible mountaintop views. After a moderate climb the top, climb the historic fire tower for some unparalleled panoramic views of the Adirondack Park. Alternatively, you can get some great photos and fresh air on the Veterans Memorial Highway, which climbs Prospect Mountain. The 5.5 mile scenic drive has multiple pull-off points; near the top, you’ll have to hike (about 10 minutes) or take a shuttle to the summit. (Note: because of dangerous winter road conditions, the highway is open seasonally.)

What to Do in Saratoga Springs: Arts & Culture 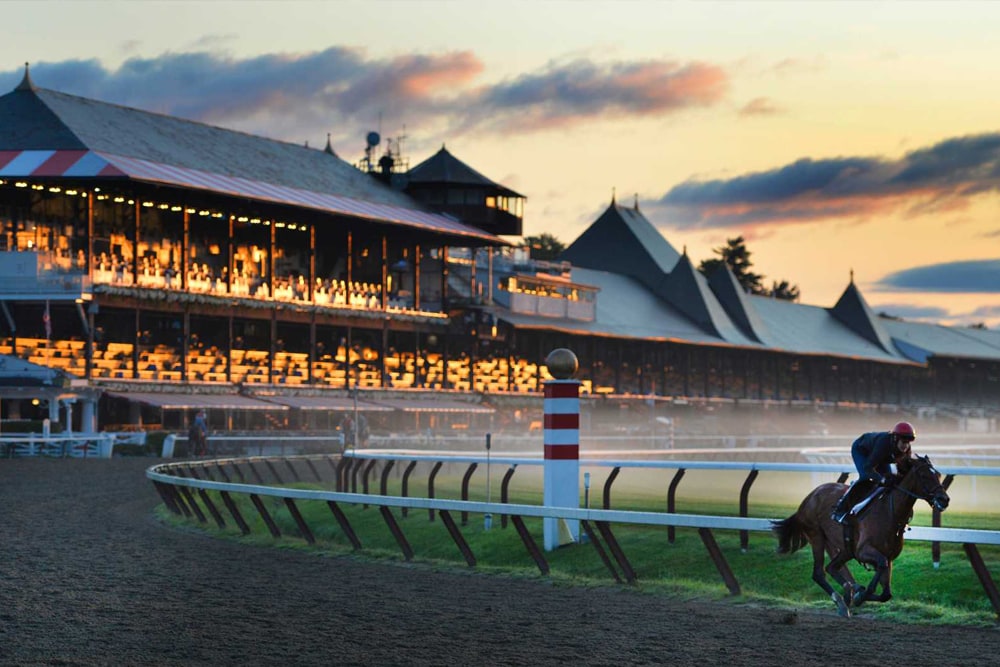 Saratoga Springs is best known for its derbies. Racing season at the Saratoga Race Track begins mid-July and runs through Labor Day; races are held several days a week. Because of the races’ popularity, it’s recommended visitors buy online ahead of time, but you an also try your luck at the gate! Equestrian enthusiasts will also enjoy the National Museum of Racing.

Artists and garden enthusiasts will take interest in Yaddo, the famous artist-in-residence retreat. Here, housing in the historic and massive stone mansion is made available to professional artists over a 400-acre sprawling estate. Although the house isn’t open to the public, the beautiful garden is, year round.

Last but not least, downtown Saratoga Springs is really walkable. Where Broadway intersects with Caroline St. is the epicenter of it all, with boutiques like menswear gem Union Hall and its sister-shop Caroline & Main – plus tons of dining and drinking options. While you’re perusing downtown, fuel-up on coffee at Palette Cafe, a woman-owned coffee shop and co-working space.

Where to Eat & Drink in Saratoga Springs 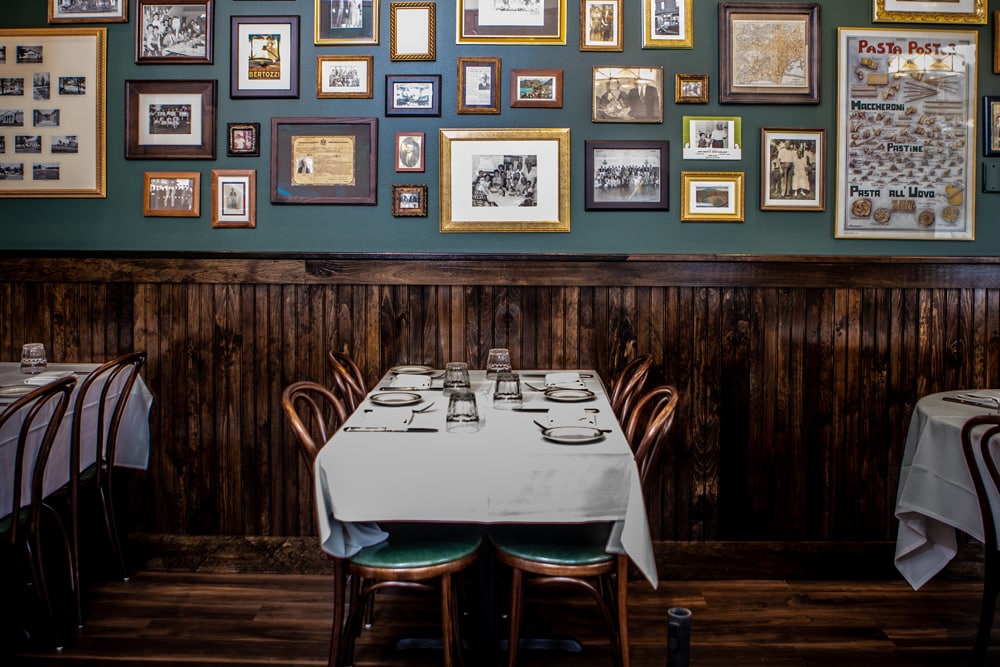 If you’re staying at the Inn at Five Points, breakfast is taken care of, so we’ll skip right to lunch. The best lunch in town can arguably be had at Comfort Kitchen, which is inconspicuously located in the lower level of a small shopping mall. But don’t let that fool you! Their locally-sourced food is absolutely delicious; don’t skip their famous tater tots, which melt in your mouth. The Mercantile is another favorite, which the owners describe as a Long Island-style diner – meaning they serve breakfast all day, but the menu is considerably more creative and upscale than a diner. You may just find yourself having an eggs Benedict for dinner!

Speaking of dinner, the most memorable meal in Saratoga Springs was served up by newly-opened Solevo. (It appears the locals love it too, who voted Solevo as the Best New Restaurant by local publication Saratoga Today.) Owned and operated by the Solevo family, three siblings work together – host, manager, and chef – in this charming and fantastic old-school Italian restaurant. Reservations are highly recommended, as are the eggplant chips.

Last, there’s seemingly endless bars in Saratoga Springs – especially compared to most locations we cover – but we managed to pick our three favorites pretty easily. For a low-key/intimate atmosphere, grab a cocktail at the Brentwood, whose black-clad hotel lobby serves as a bar, and is as handsome as it is cozy. For a more lively night out, check out Hamlet & Ghost for incredible cocktails (and good food, as well); and if you’re still going at the end of the evening, we’ve heard great things the newly-opened cocktail bar/nightclub Night Owl Saratoga. Cheers! 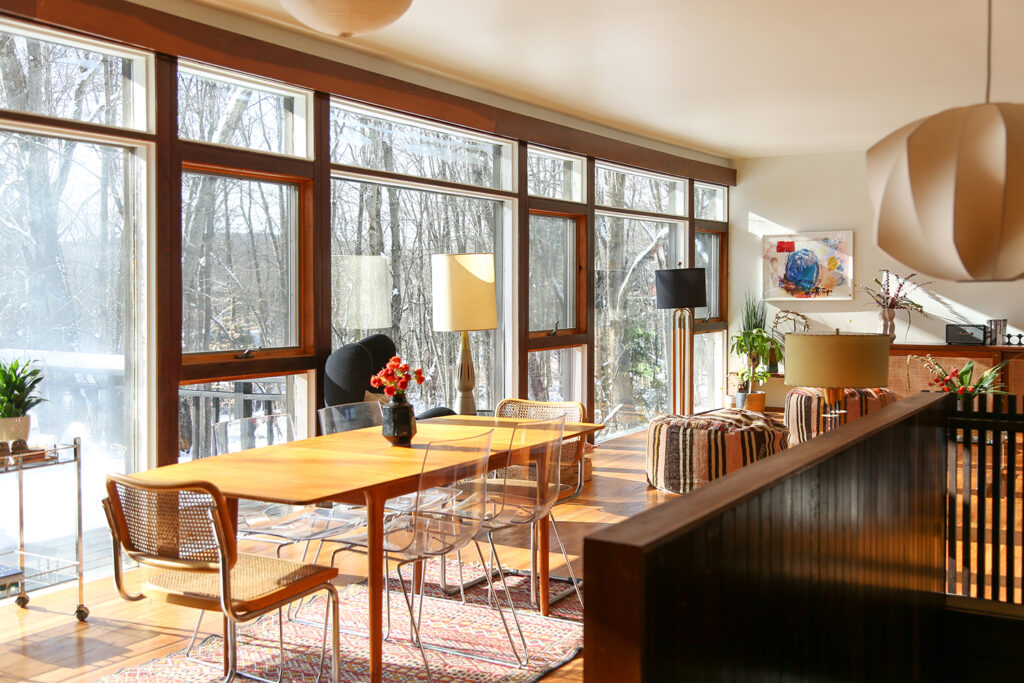 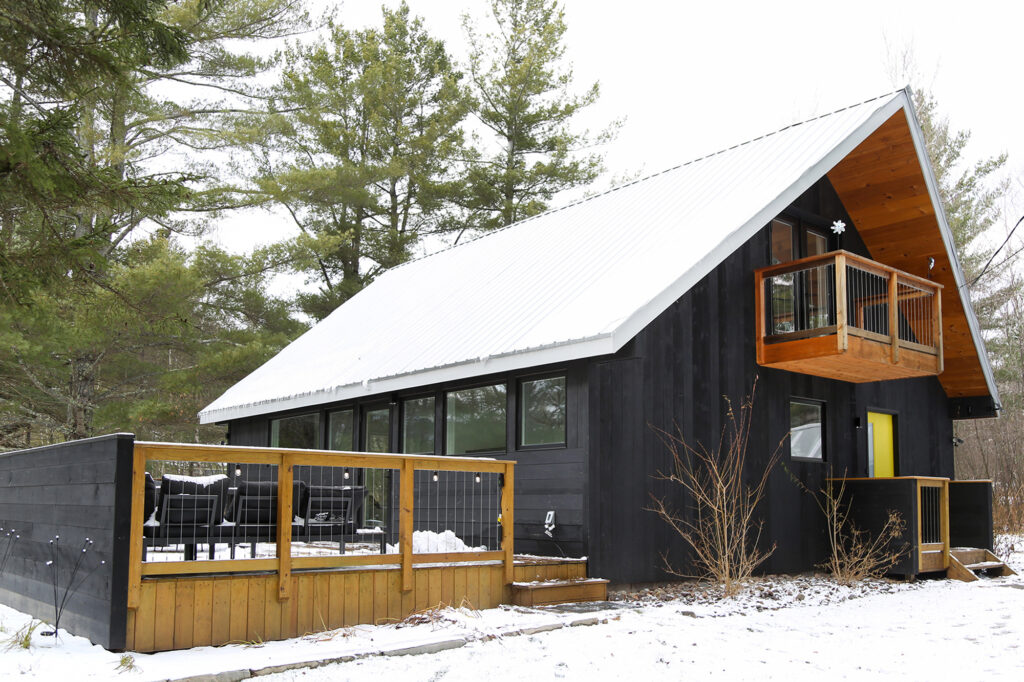 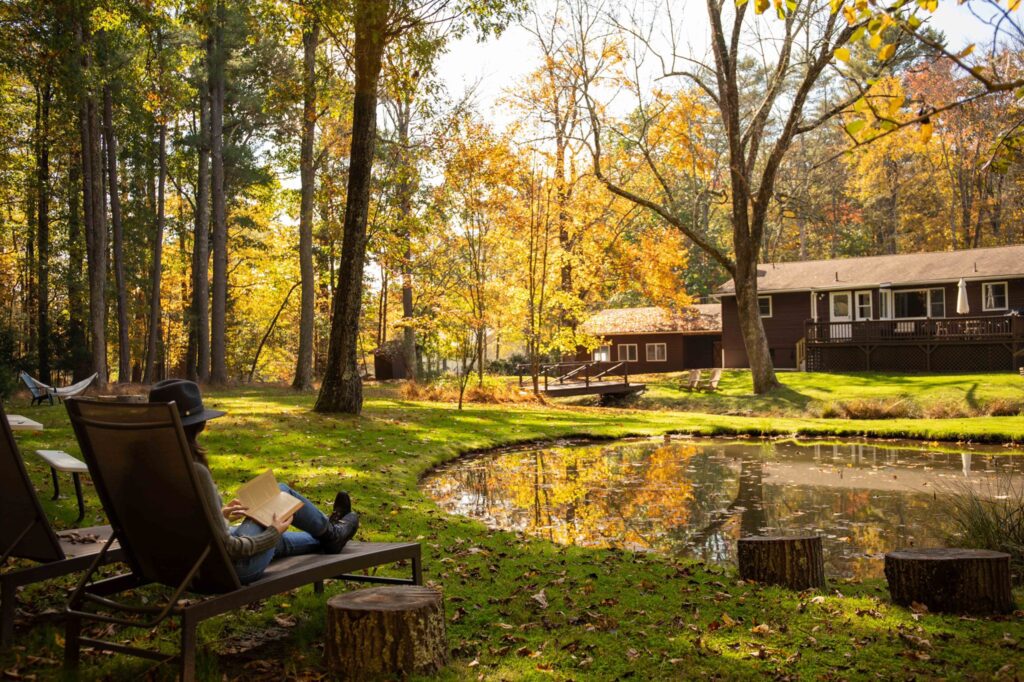 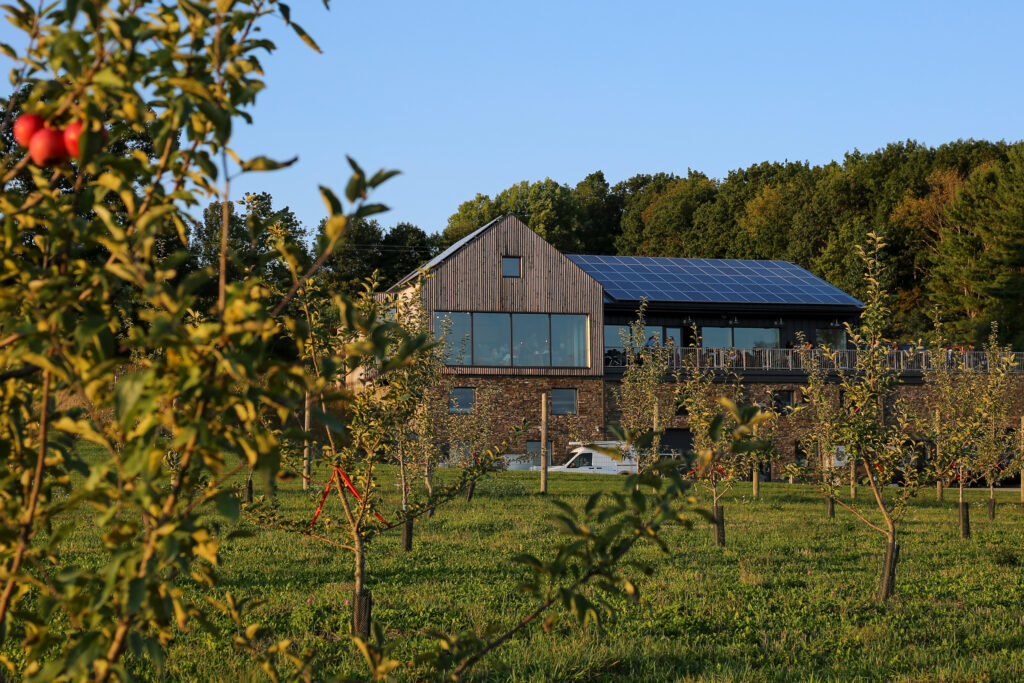