Traveling is something I think most people hold dear–aside from the thrill of exploration, traveling can teach us a lot about ourselves. For our honeymoon last May, my husband Nick and I packed up our lives and headed west in search of the expansive country that we had yet to experience. Not only did it offer us some much-needed time together, but we grew a new appreciation for this great country we live in. In no particular order, here’s the story of our honeymoon in photos. 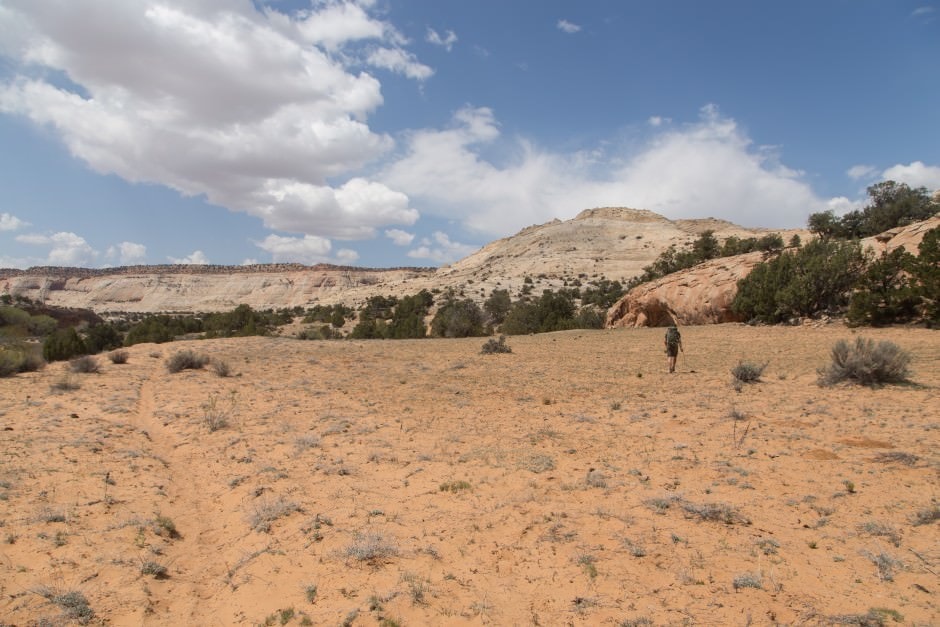 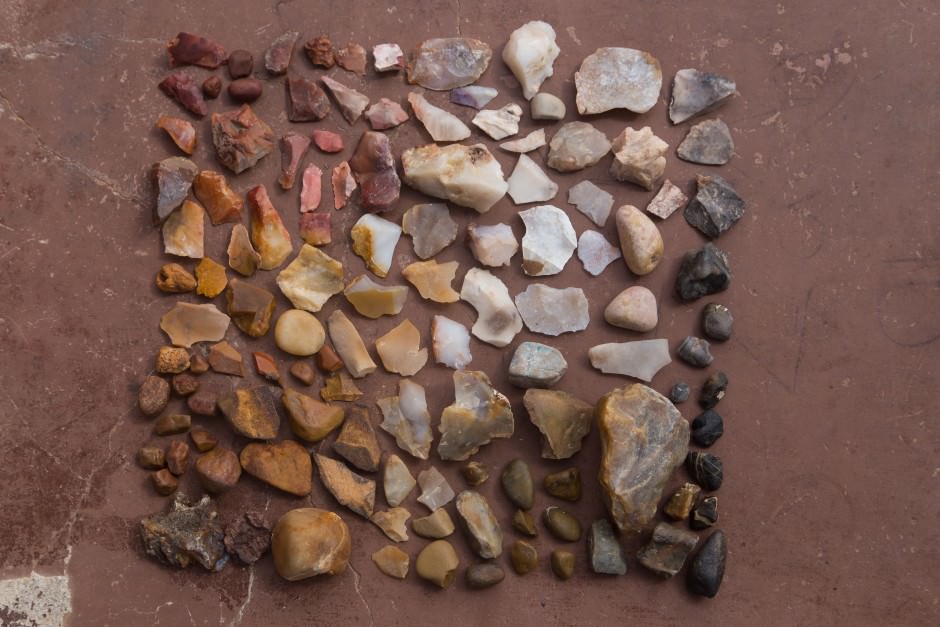 Utah: You can see for miles over the white limestone hills of Grand Staircase-Escalante National Monument. Treasures were everywhere to be found throughout the hills–we even found the top of an arrow head! 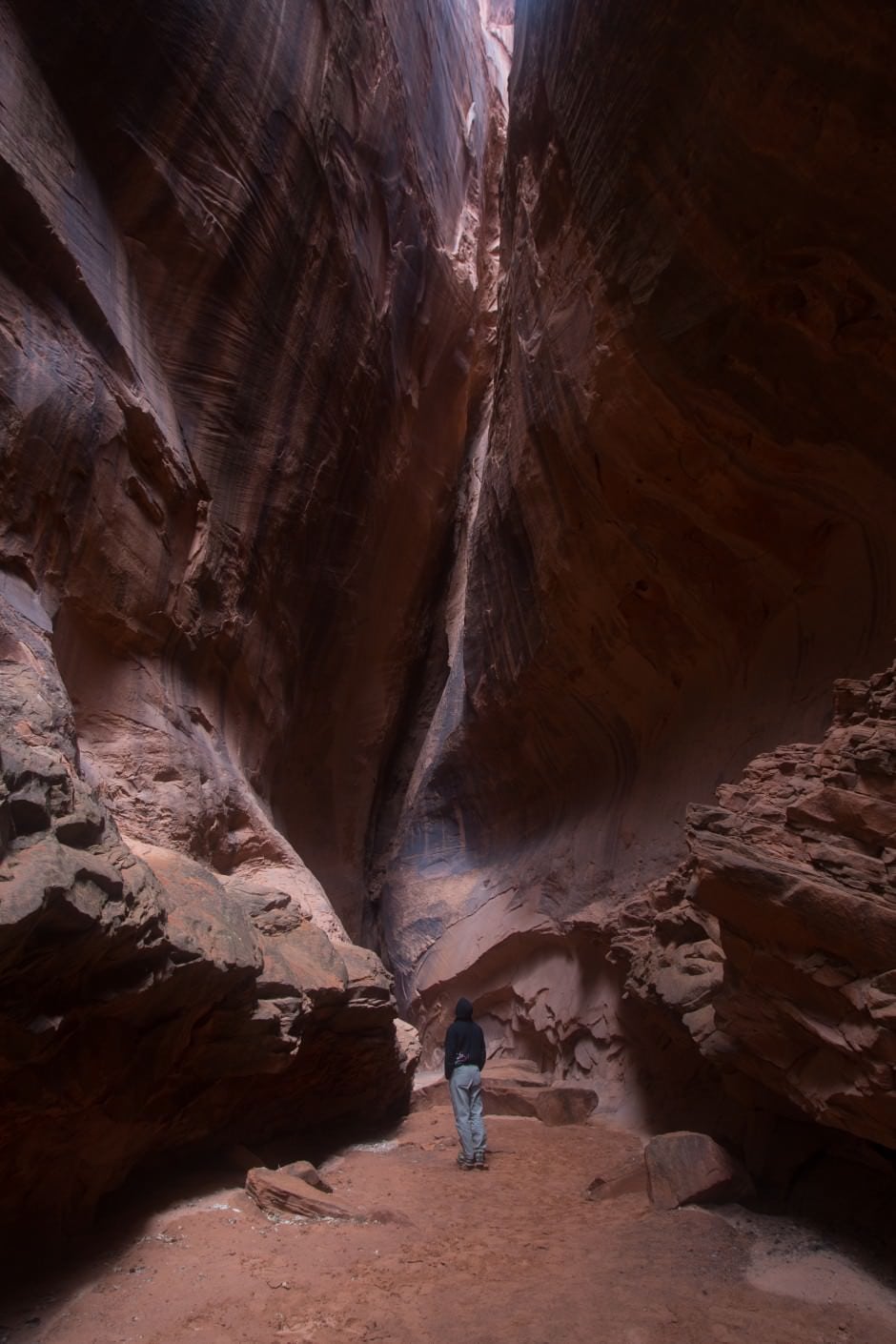 Utah: This place, known as the Singing Canyon, is visited by artists from all around the world for it’s acoustics. 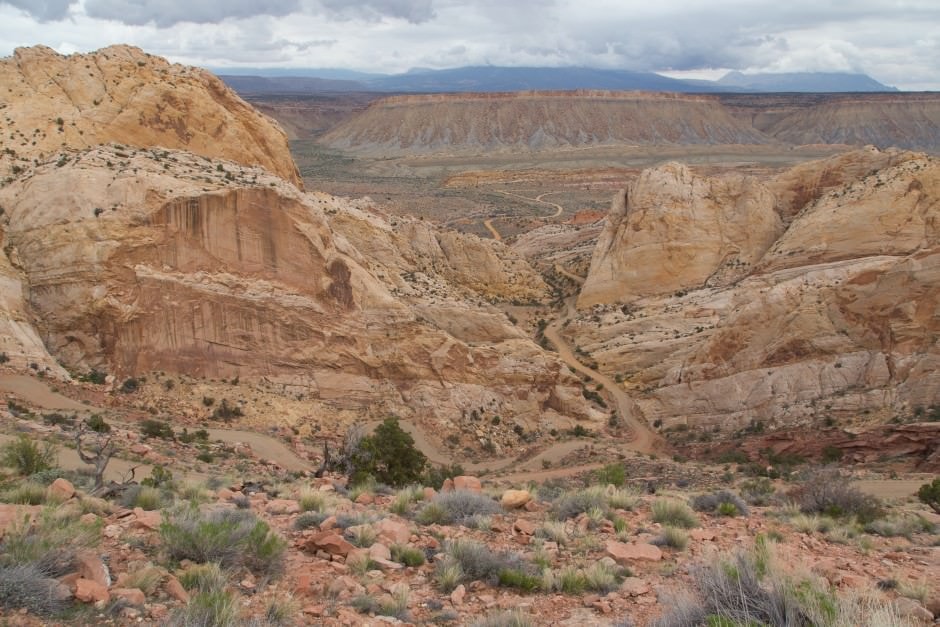 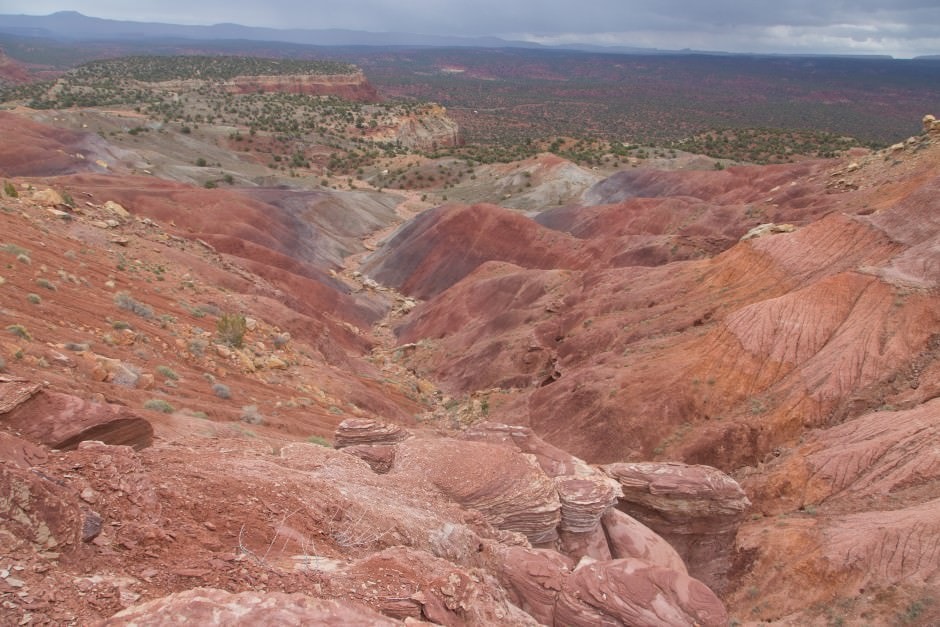 Utah: Erosion played such a huge part in the creation of Utah, and it was evident while driving through the back door to Capitol Reef. We discovered one of the most epic backroads ever; Notom-Bullfrog Road. 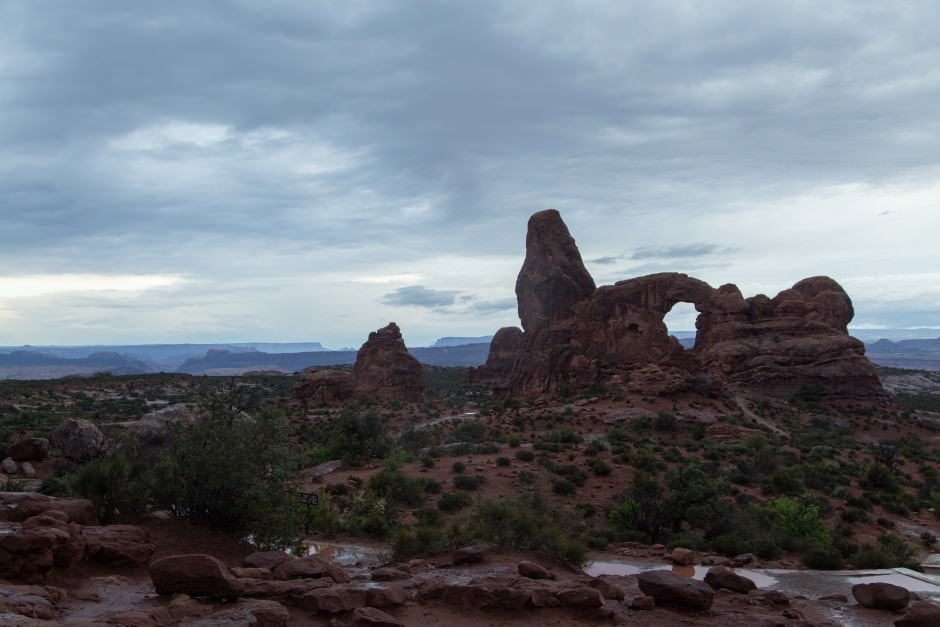 Utah: We got to Arches National Park while it was raining, but as we reached the Windows Arches the skies started to clear and the fog began to lift. 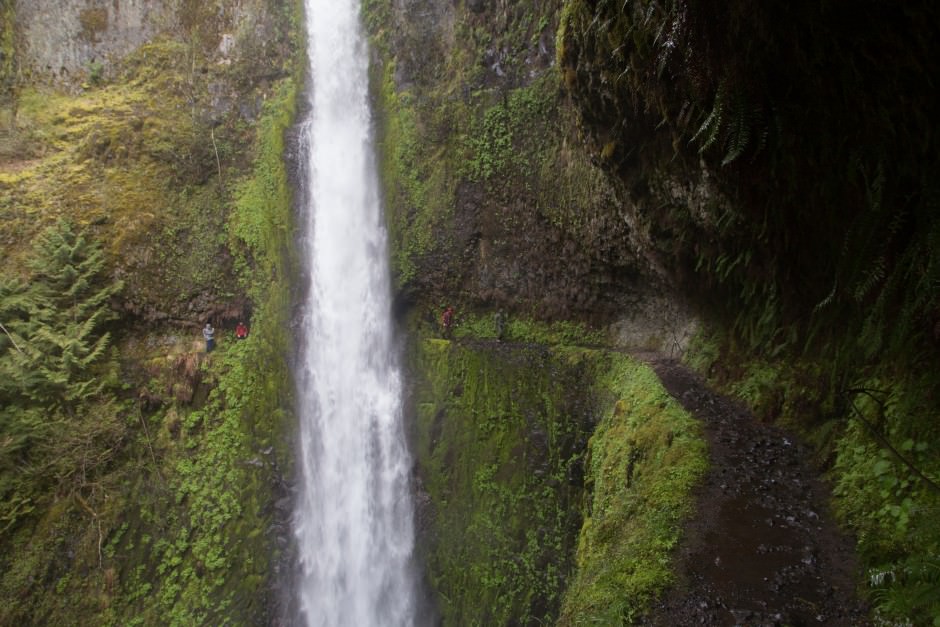 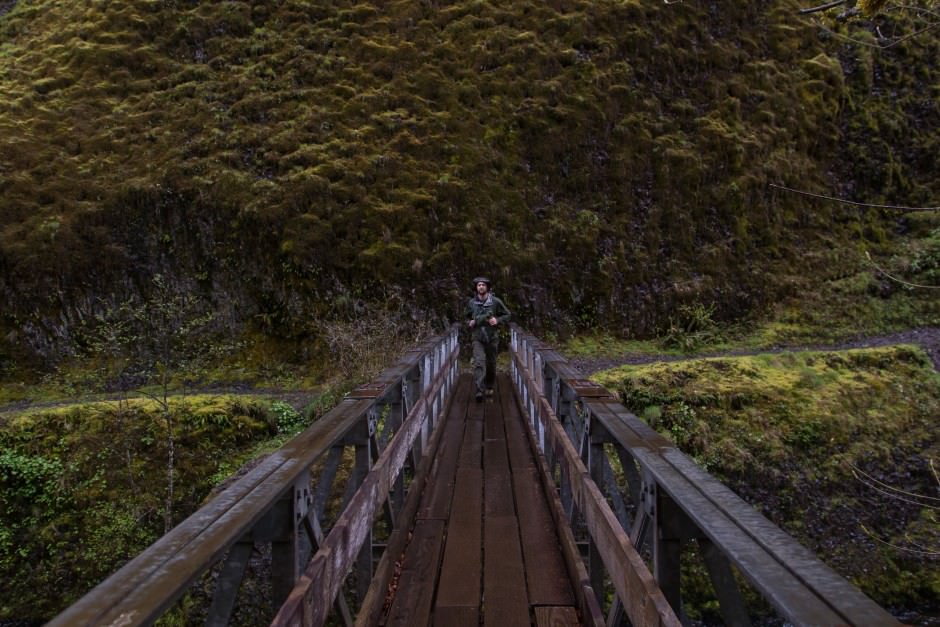 Utah: We could swear we’d walked out of our world and into another at Eagle Creek Trail in Portland, Utah. The trail walks you along rocky switchbacks, while submersing you in Giant Douglas Firs and moss; walls of moss cover every inch of land. 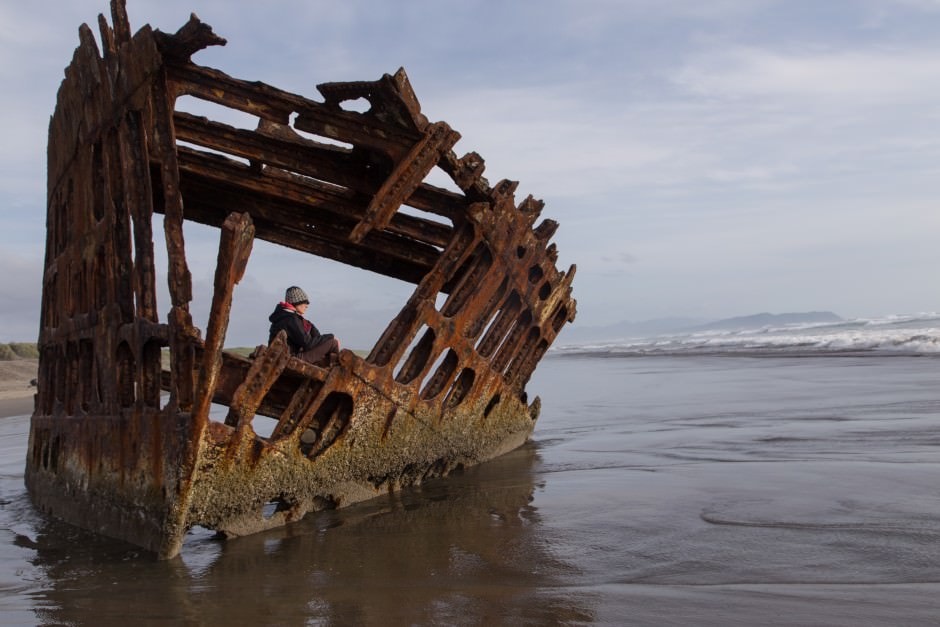 Utah: Fort Stevens State Park, situated right outside of Astoria, Portland, is home to the skeleton of an old ship. 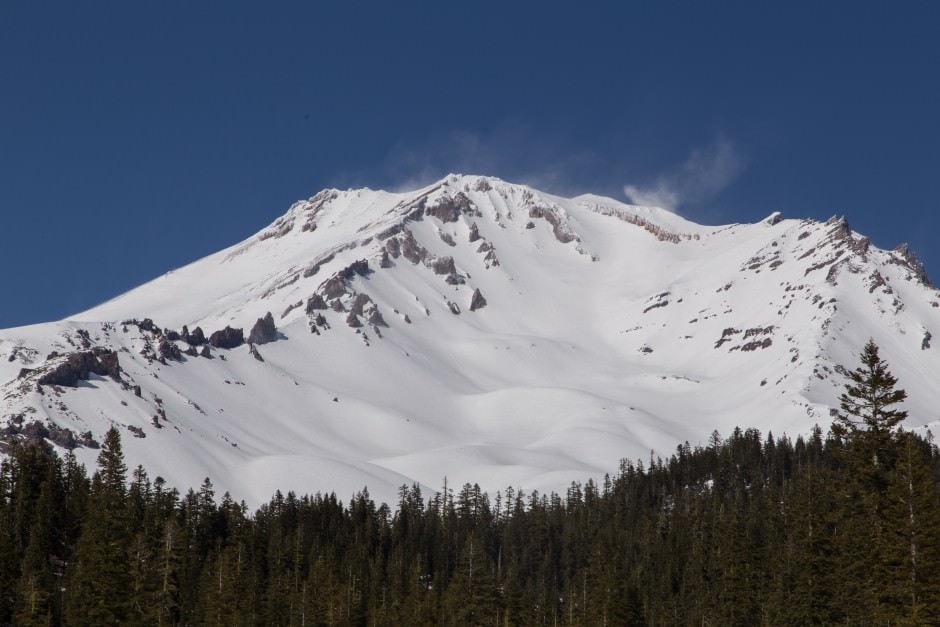 California: We got up close and personal with Mount Shasta, standing in her foothills of Panther Meadows Campground. 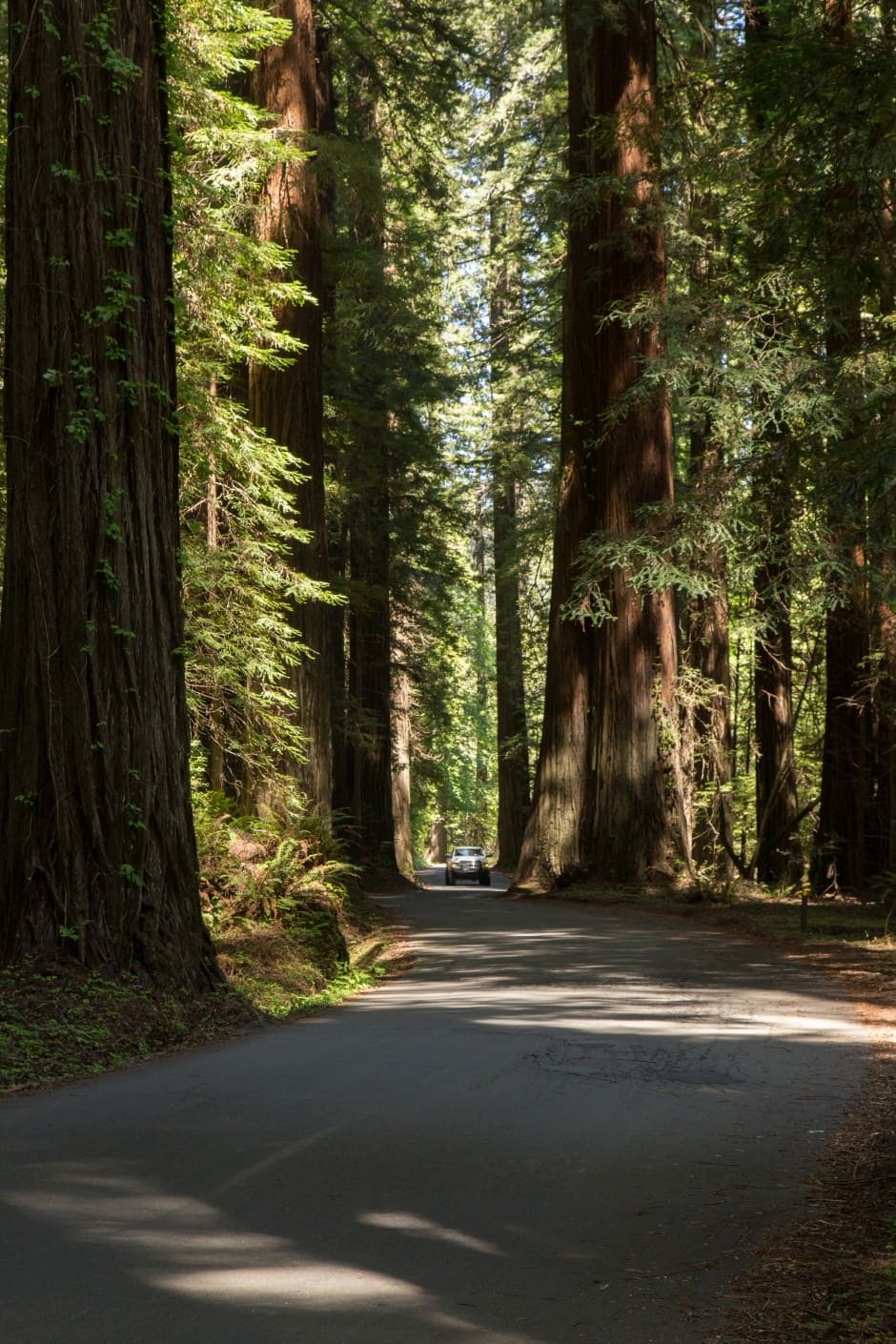 California: One of the most magical experiences we had was driving through the old growth forests of Rockefeller Redwood Forest in Northern California. 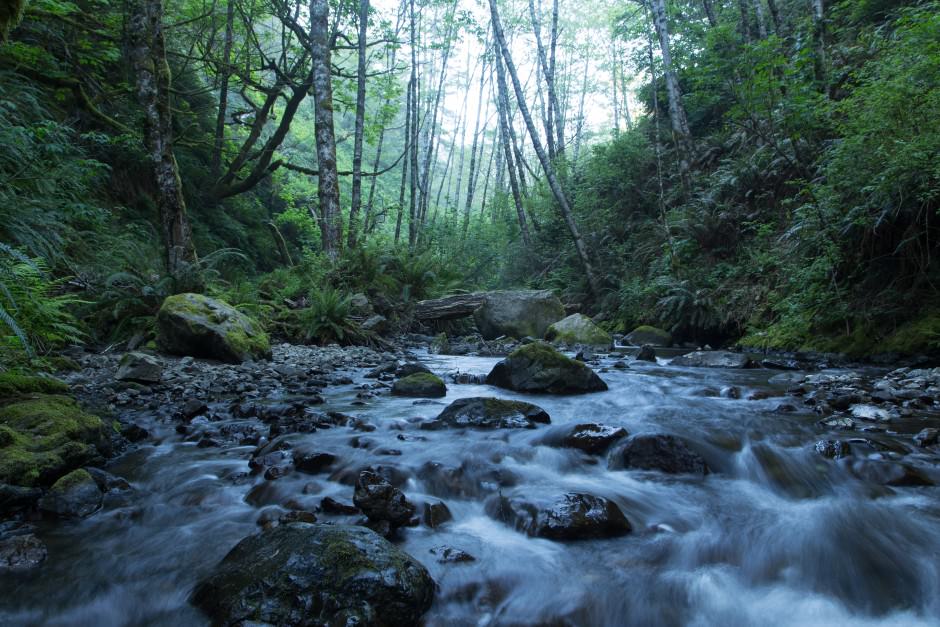 California: Sinkyone Wilderness State Park, in the Kings Range, is a place to behold. 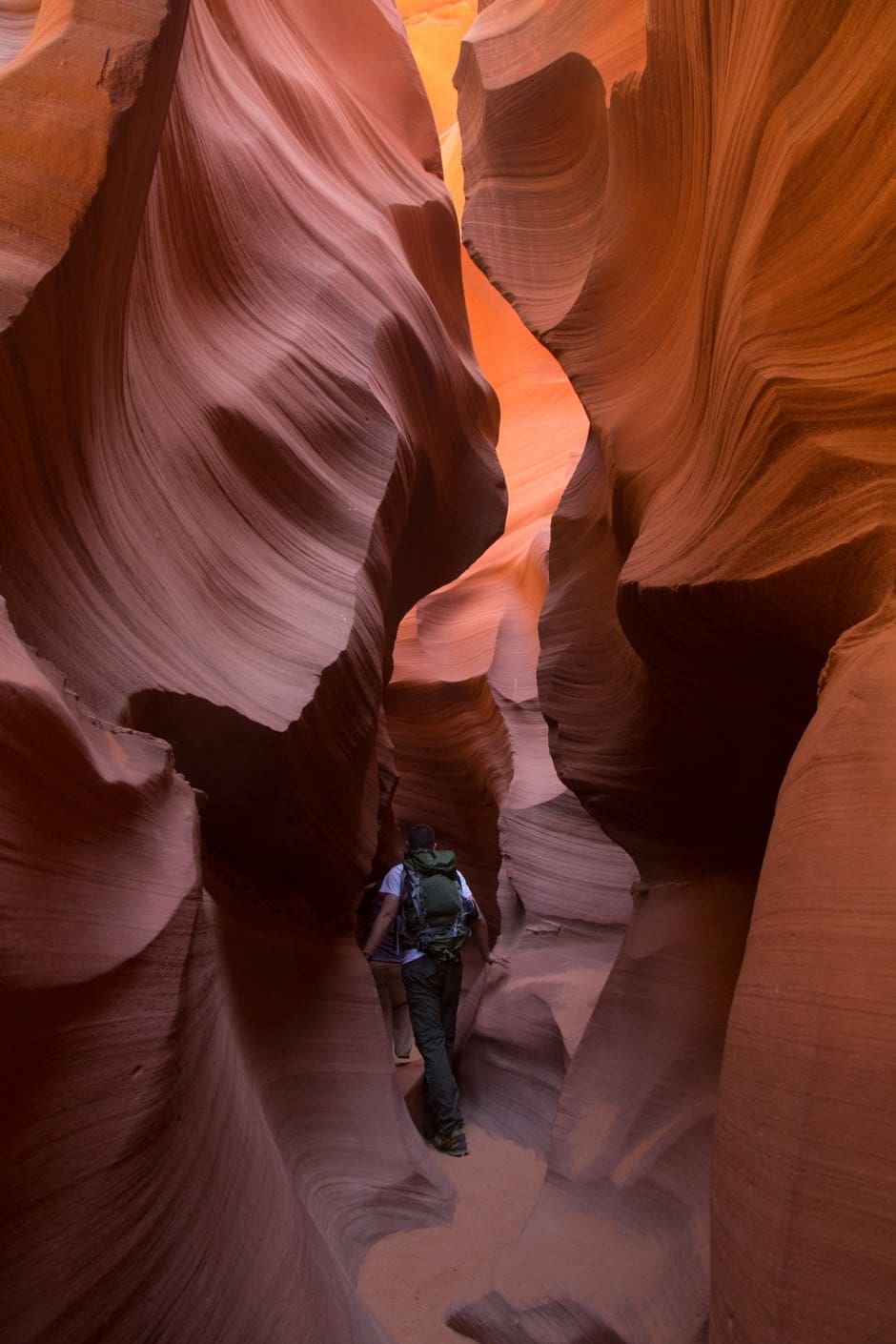 Arizona: The smooth red sandstone of Antelope Canyon was created over millions of years due to flooding. Even today it continues to change and morph. Antelope Canyon is considered a sacred place by the Navajo. It is refered to as Hazdistazí, or “spiral rock arches”. Over millions of years of water erosion the sandstone walls of Antelope canyon have smoothed and the characteristic “flowing” rock gradation has been created. 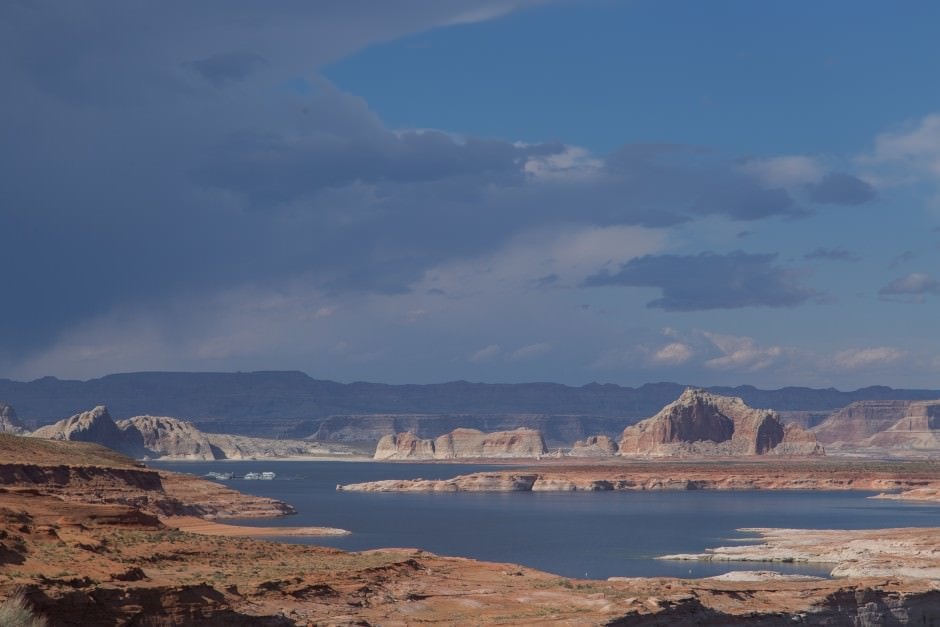 Arizona/Utah border: Lake Powell was a sight to behold; jutting rock formations seemed to just spring up from the water. 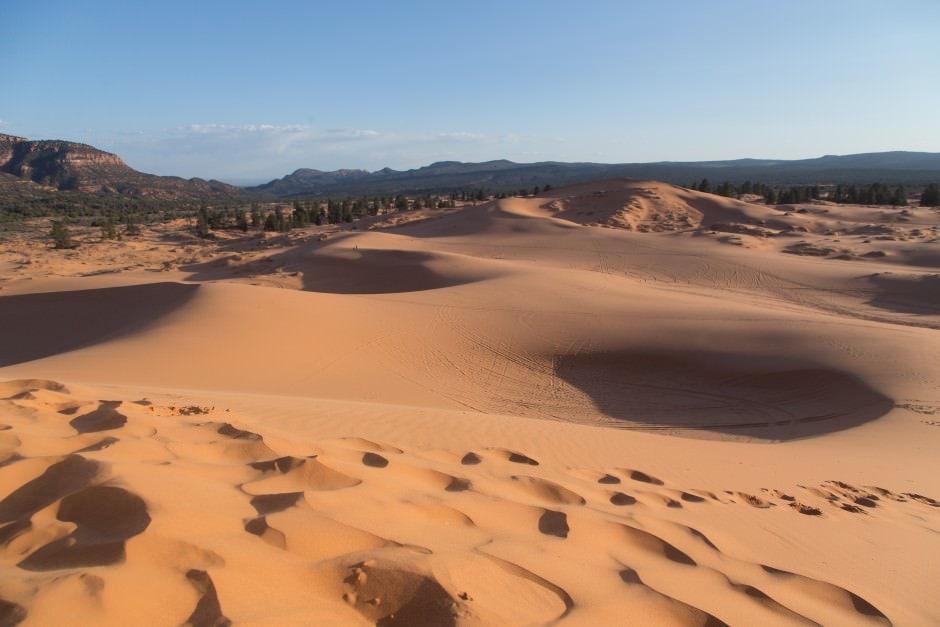 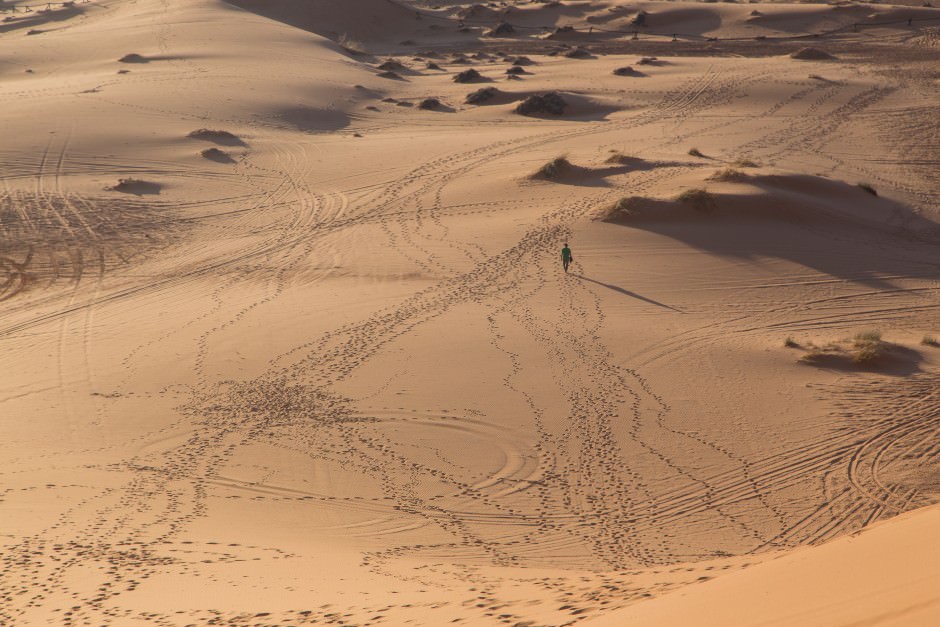 Utah: To see what wind can do to a landscape is incredible. Coral Pink Sand Dunes State Park was created over millions of years these dunes sit right outside of Kanab, Utah.  It’s is a must see! From the scenery that proceeds the park, you’d never guess this is what you’ll stumble onto–it seems to appear out of thin air! 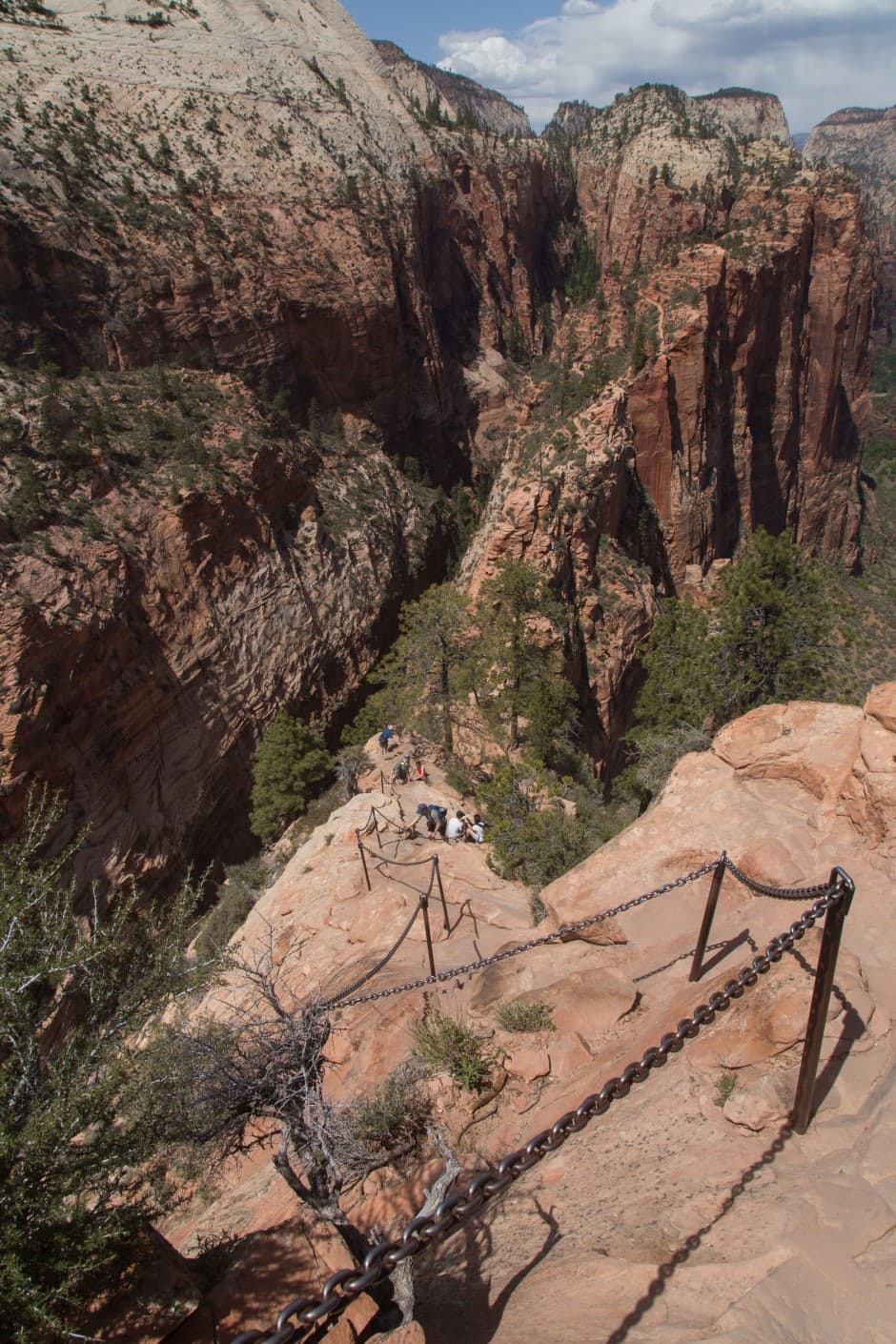 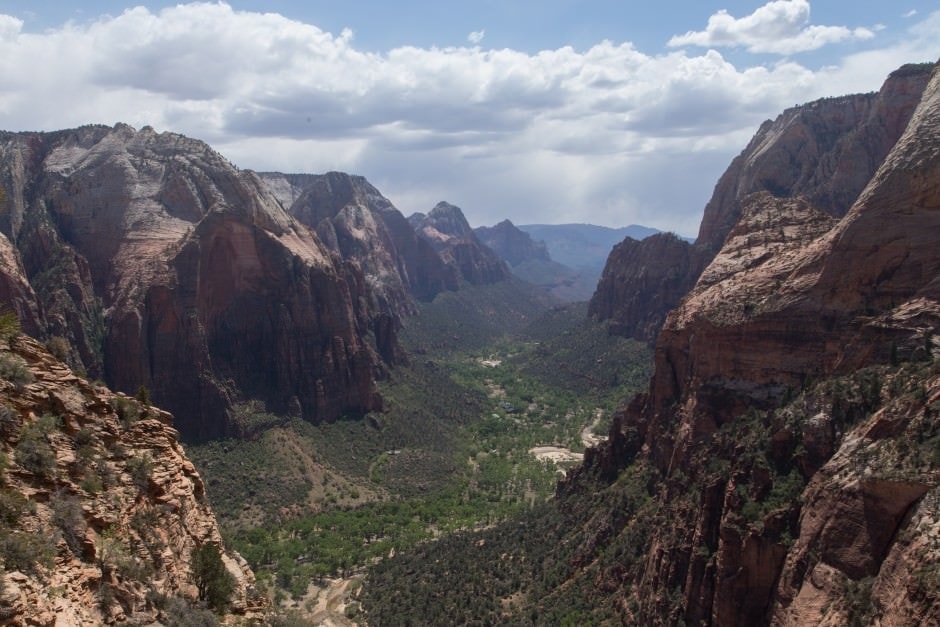 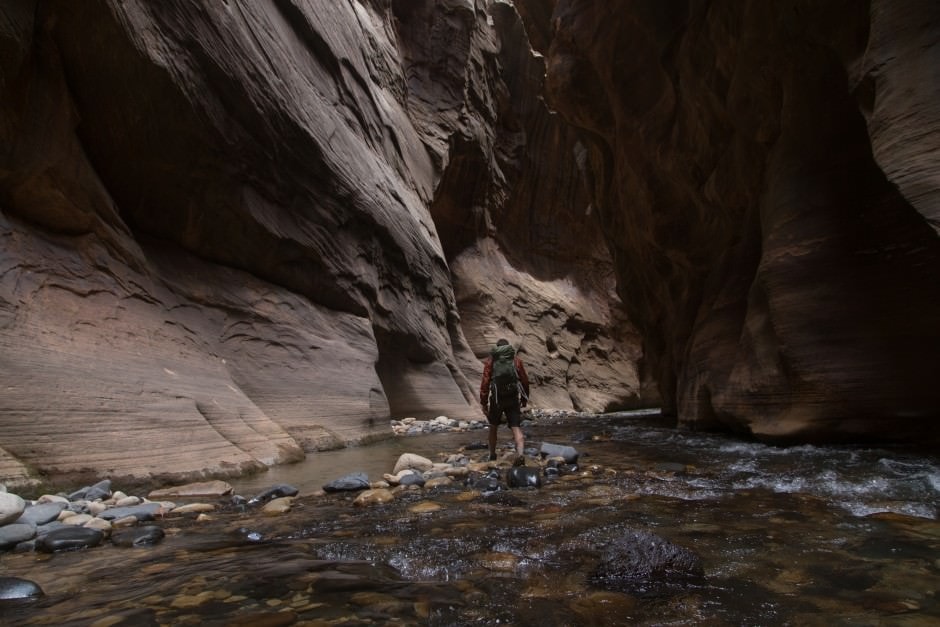 Utah: The hike to Angels Landing in Zion National Park is not for the faint of heart–that is, if you don’t like heights. There’s a chain that leads you along a ridge with 1000+ drop offs on either side, but the views from the top are amazing. A second must-see at Zion National Park are the Narrows: a canyon hike that takes you through an epic landscape of protruding rock walls, and clear as glass water. 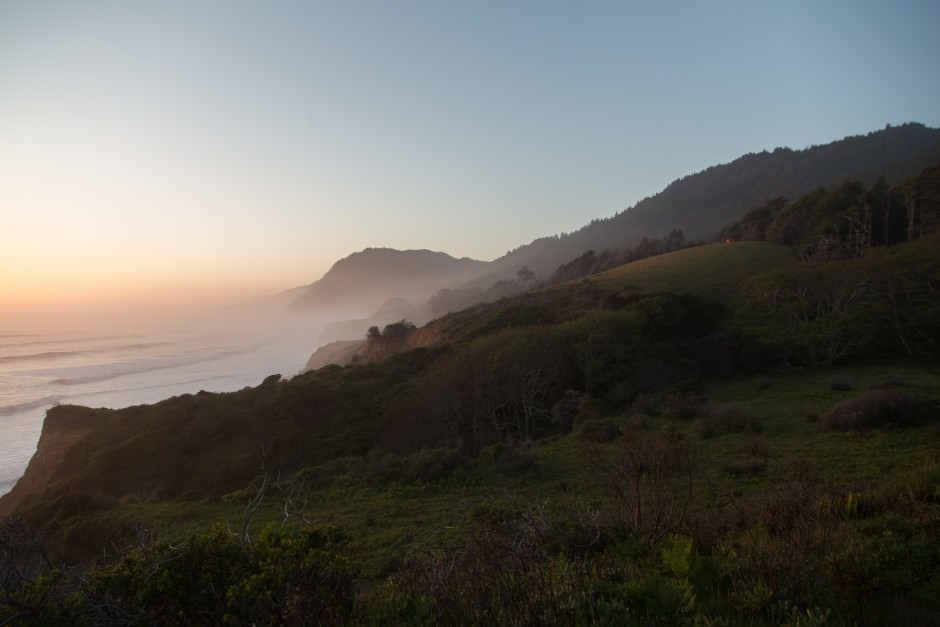 California: The Lost Coast in Northern California. It was like being transported to a tropical haven. If you look closely, you can spot our tent at the top of the hill! The views were absolutely magical–especially sunrise and sunset. 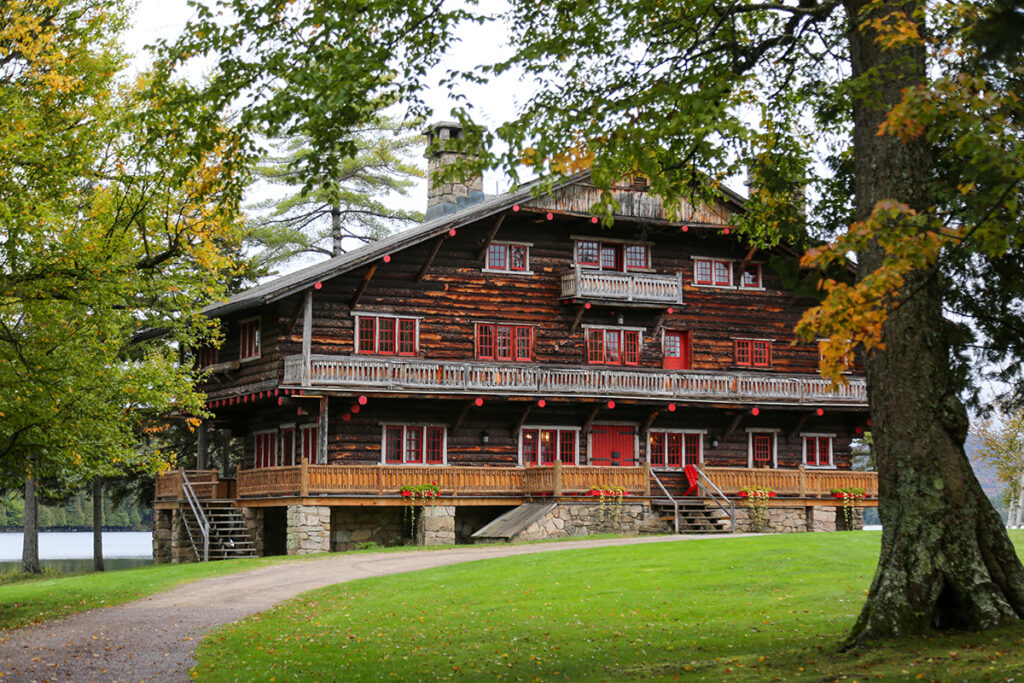 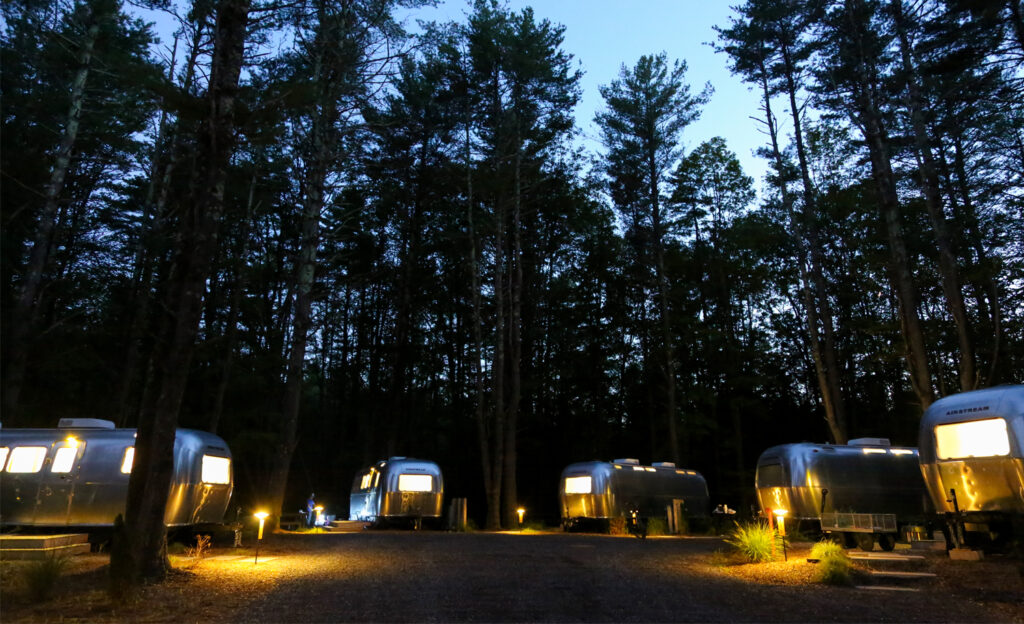 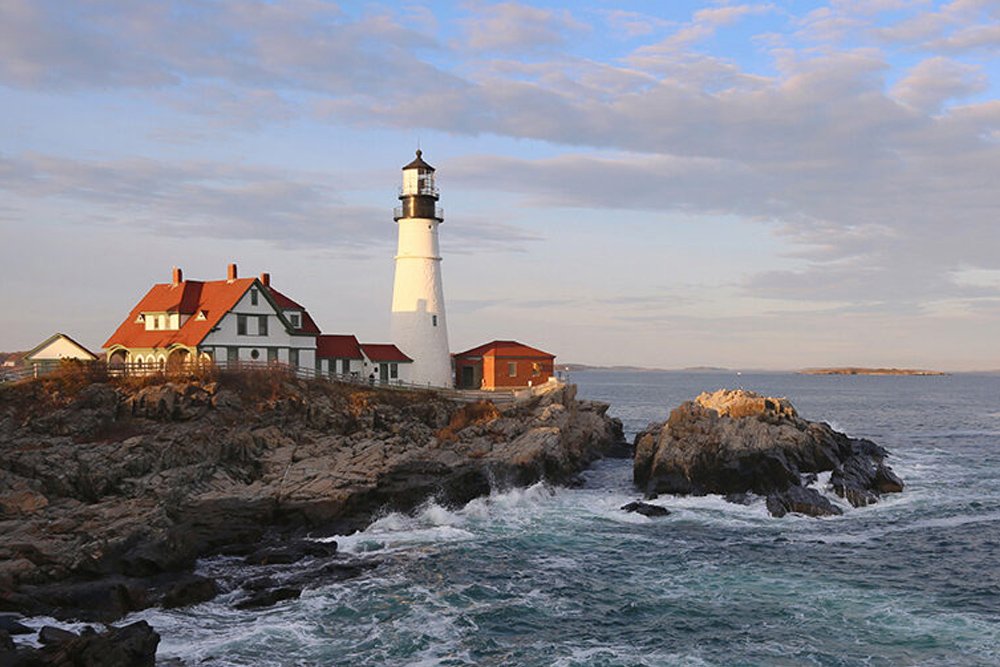 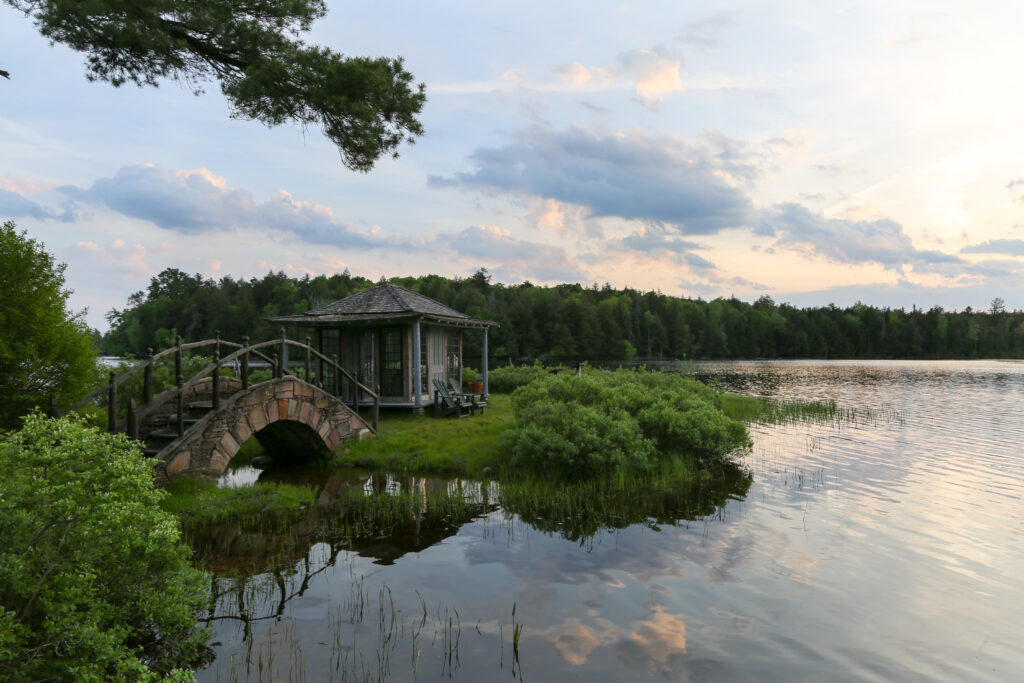