A Visit to Bannerman Castle on Pollepel Island 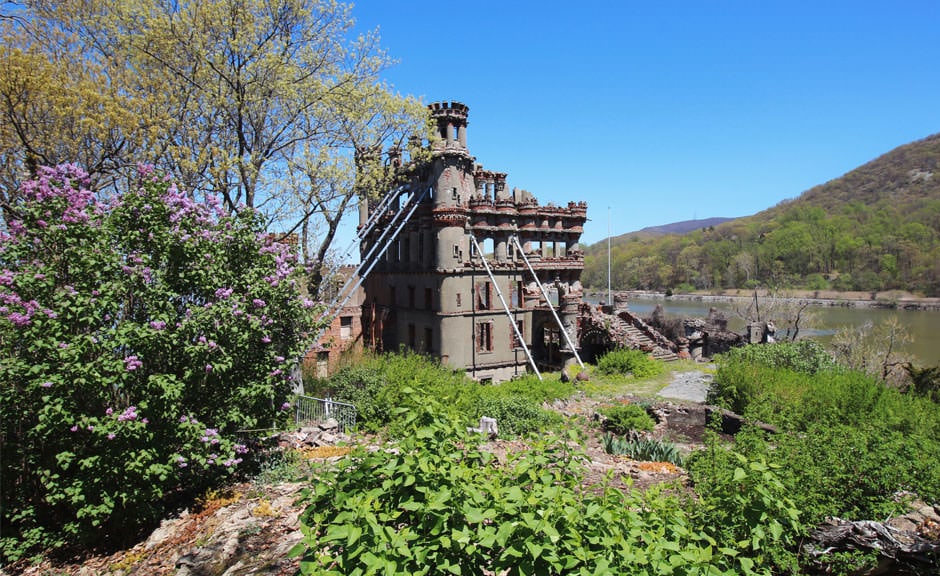 Every day, thousands of passengers pass a giant castle in the middle of the Hudson River on the MetroNorth’s Hudson Line. While most commuters pass it on the regular, you can always pick out the folks who haven’t seen it before… their eyes practically pop out of their head, and then like clockwork, you see them pull out their phones, presumably to google it. You can almost hear their inner dialogue: “What the hell was that castle? Can I go there?!” The answers: that the castle is Bannerman Castle, and yes you can.

Backing up a bit, Francis Bannerman VI, the castle’s namesake, was born in 1851 in Scotland and immigrated into the U.S. in 1854. The family business purchased surplus military equipment at the end of the American Civil War, including guns, ammunition, and equipment. The business was wildly successful, and it expanded quickly–so quickly, in fact, that the family business had to be moved because of the concentration of explosives in Manhattan was so dangerous. In 1900, Bannerman purchased Pollepel Island for use as a storage facility and a showroom of sorts. Bannerman designed the castle himself, intriguing the public and other businessmen by his aesthetic choice of building a castle instead of an ordinary warehouse. The rest, they say, is history–including an explosion, a fire that destroyed much of the island, abandonment, decay, and the eventual intervention and preservation by the Bannerman Castle Trust. 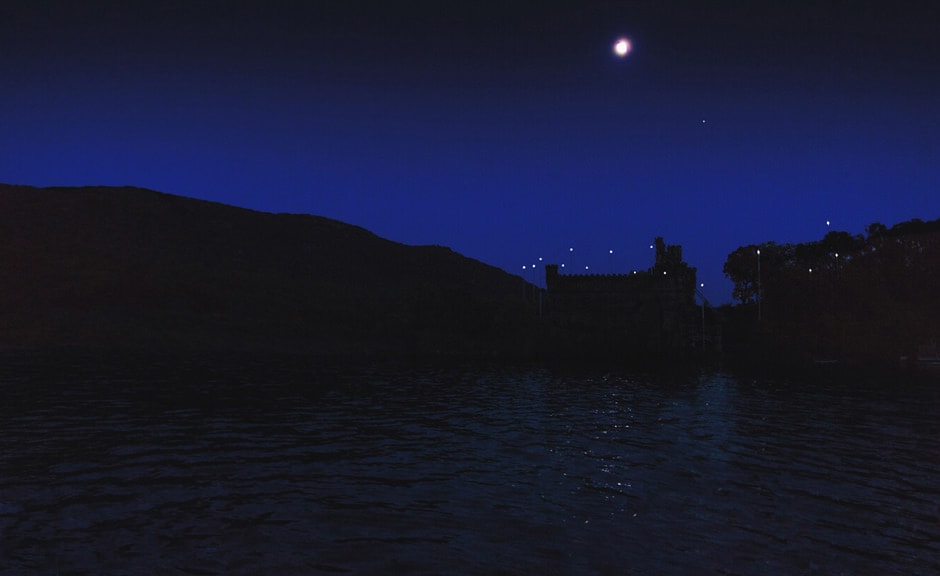 These days, the newest addition to Bannerman Castle and Pollepel Island is artist Melissa McGill’s art project “Constellation.” Every evening as the sun sets, starry lights emerge from the darkness one by one, hovering over and around the castle ruins. Seventeen solar-powered LED lights highlight existing points on the castle, along with points that have vanished over the years. The result is a starry “constellation” over the island, connecting the past and present. To see it in action, you can take a sunset tour of the island every weekend from May through October 2016; check the schedule here.

Besides the aforementioned sunset tour, there’s several other great ways to see the island. If you’re planning a daytime visit, the Bannerman Castle Trust offers tours that take you to the island by boat, then lead 2-hour walking tours through the island. Adventure seekers will love guided kayak tours by Storm King Adventure Tours, whose tours run both during the day and at night. Any way you choose to visit, you’re in for a treat–because aside from the actual castle, spending an afternoon on the Hudson River surrounded by the mountains is nothing short of breathtaking.

To Get Here: Take the Train, Then Boat or Kayak Your Way to Bannerman Castle

Bannerman’s Castle on Pollepel Island is located just an hour and a half from New York City, making it a perfect daytrip. (Make sure to reference our Beacon, NY guide for ideas of how to spend the rest of your day–or weekend!) To take any of the boat tours, take the MetroNorth to Beacon, where the dock is just steps away from the train platform. To take a kayak tour, you’ll have to cab it (or just rent a car for the day) to Storm King Adventure Centers in nearby Cornwall-on-Hudson. For any of the tours or special events at Bannerman Castle on Pollepel Island, tickets go fast and must be purchased in advance!

Escape Brooklyn thanks John Huba (photographer) and Melissa McGill (artist) for the photo of Constellation at night time. 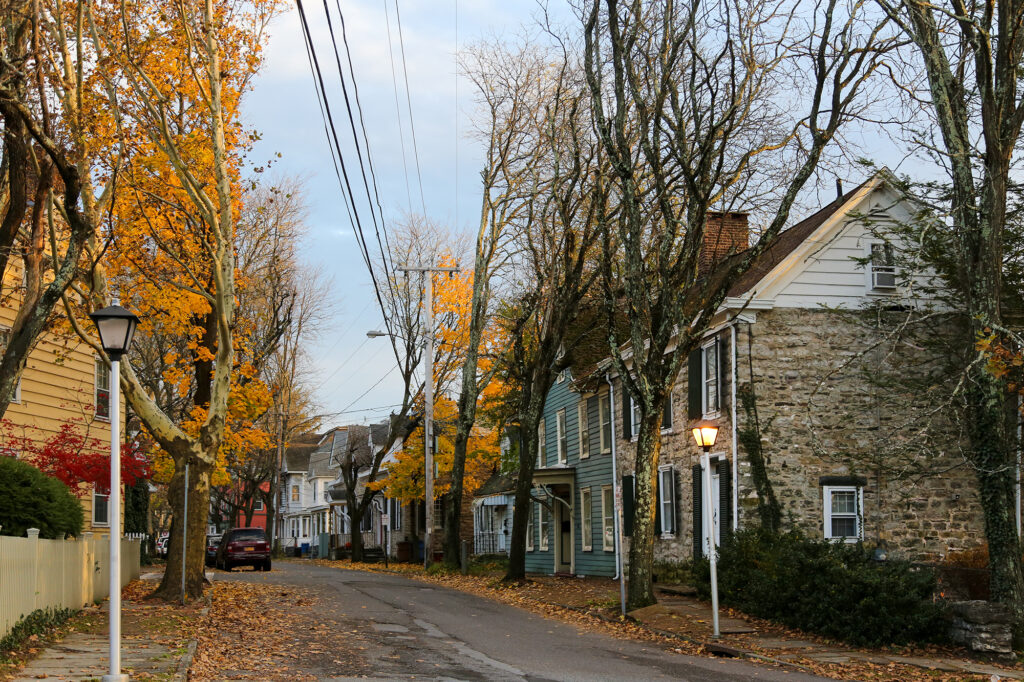 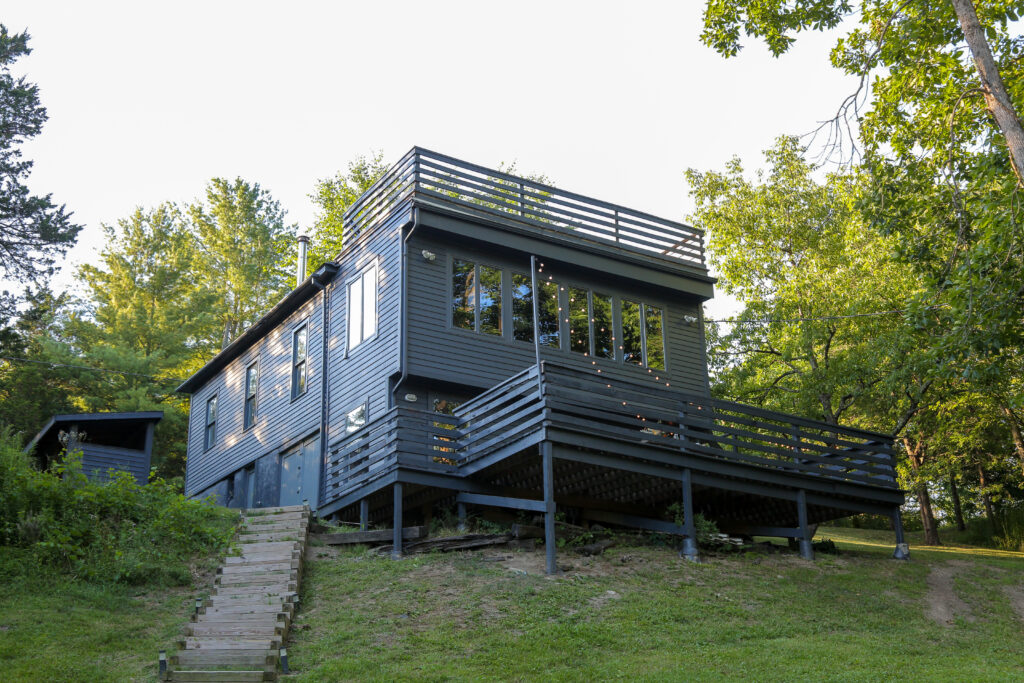 This sunny vacation rental in Hudson, NY offers charm of its original 1800’s schoolhouse, tastefully updated with modern amenities. The sun-filled vacation rental is the perfect spot to take in the season whose views and hilltop location, surrounded by tall trees, gives us serious treehouse vibes.

In summer, gather and dine outside to one of multiple decks (including the rooftop) for al fresco dining. In winter, light up the wood stove and have a cozy dinner in the sunroom, surrounded by snowy treetops.

Should you ever want to leave, it’s 15 minutes into the bustling town of Hudson, NY, and less than 10 to iconic outdoor sculpture museum Art Omi,where guests can peruse the expansive grounds on bicycle. While you’re in Hudson, stock up on goodies for the house at grocer Talbott & Arding, and grab some natural wine at Grapefruit Wines.

Check out the Escape Brooklyn Guide to Hudson, NY our complete list of recommendations, including our favorite restaurants, shopping, and exploring in this magical part of the Hudson Valley. 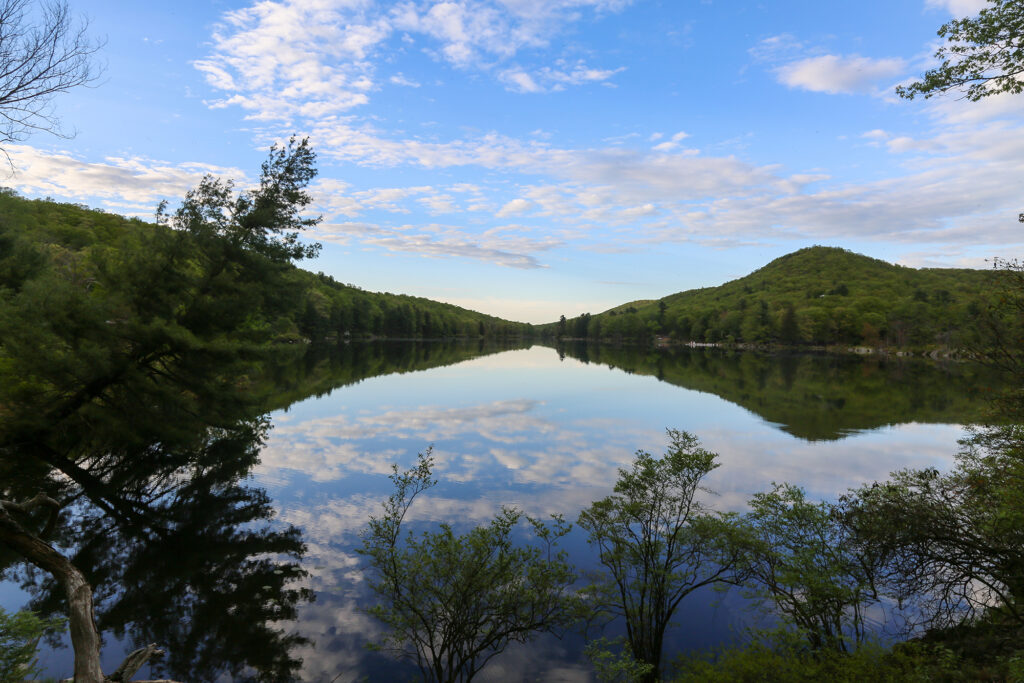 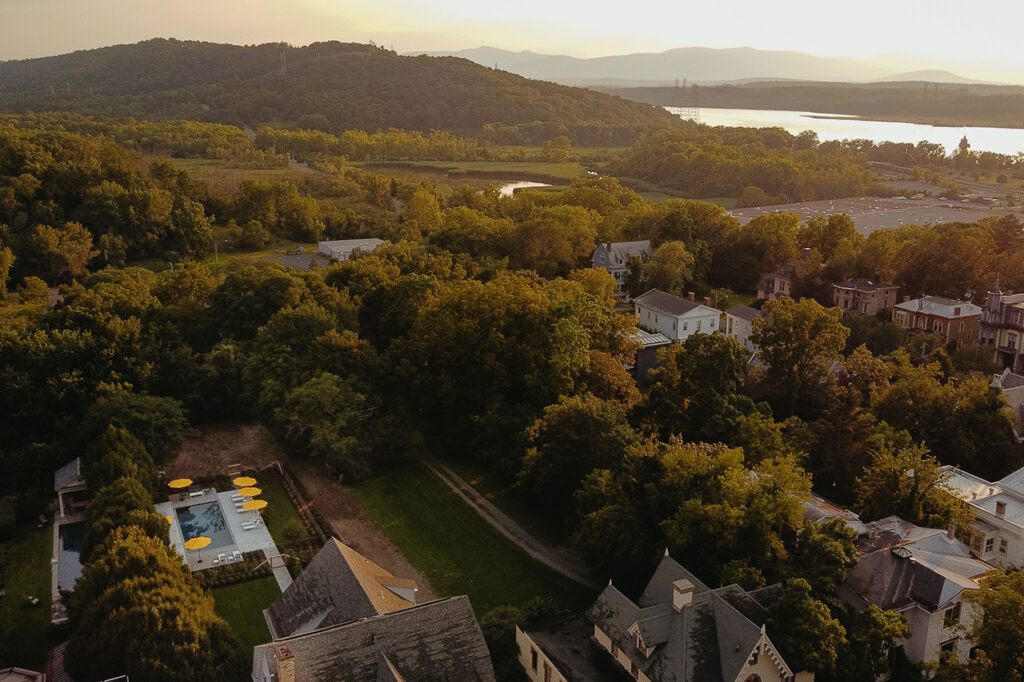